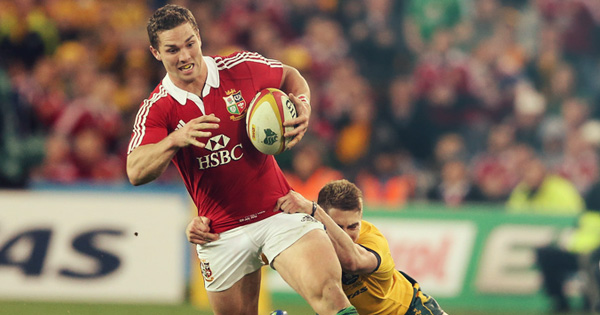 Warren Gatland will today announce the touring squad for the 2017 British and Irish Lions tour to New Zealand. The Lions will embark on a 10-match campaign, beginning on 3rd June against New Zealand Barbarians in Whangerei, with the first test taking place at Eden Park on the 24th.

As excitement builds ahead of the tour, here is a look back at some of the Lions’ best tries scored from the past two decades.

Notable inclusions feature Matt Dawson’s infamous try in the first test against South Africa in 1997, which went a long way to securing the victory and set the ball rolling for a first series victory against the Springboks since 1974.

The late South African scrumhalf Joost van der Westhuizen was particularly affected by Dawson’s mesmerising dummy, which fooled no fewer than five players. He later said “I vowed to never fall for a dummy again.”

Also making the top 10 was Rory Underwood’s superb try against the All Blacks in 1993. The winger’s blistering pace was too much for the Kiwi defence as he streaked in from far out.

That year was the closest the Lions have been to winning a series in New Zealand since their last triumph in 1971, having narrowly lost the opening Test 20-18, winning the second 20-7 before going down 30-13 in the third and final match.

Standout Lions players of past and present who made telling contributions to Test matches, such as Jason Robinson, Brian O’Driscoll and George North are also featured.