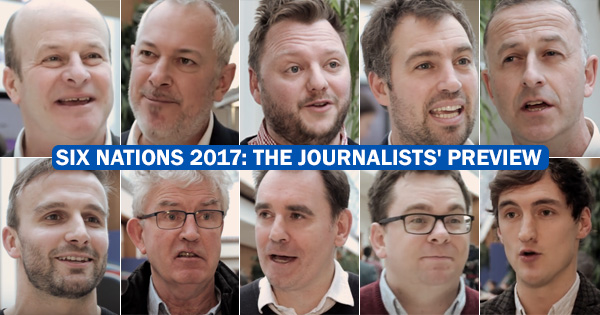 Ahead of this year’s Six Nations kickoff, we hear from a number of top northern hemisphere rugby writers, as Nick Heath gets their thoughts on various elements of the championship. It sets the scene nicely for what should be a fascinating month ahead.

The various talking points have been listed below, but feel free to share your thoughts too! Watch the videos and leave your viewpoint in the comments if you fancy weighing in on the discussion.

The Winners
Predictions are made!

The Fixtures
Which fixtures look to be the most appealing?

The Debutants
Which newcomers will stand to make a big impact this year?

The Main Players
In the final part the preview, the guys consider the potential players of the Championship

Thanks to everyone who shared their thoughts, and of course to Rugby Media’s Nick Heath