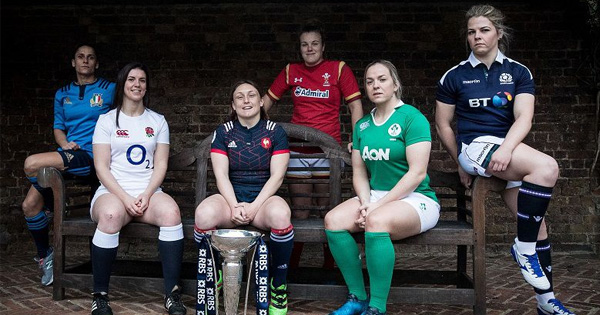 History is set to be made at the Womens’ Six Nations Championship this year with every match being broadcast live on TV for the very first time.

The event marks the 10-year anniversary since the Six Nations committee formally adopted the tournament to make the womens’ competition parallel to the mens’ competition.

Attention and focus on the womens game is now higher than ever before as participation and interest grows ahead of next summer’s Womens Rugby World Cup in Ireland.

Here is a preview of each team ahead of what is sure to be a landmark 2017 Womens’ Six Nations.

The Scots claimed their first and only Championship back in 1998, but have not won a Six Nations’ match since 2010.

They have been whitewashed at the last five tournaments – a run of 27 straight losses, including a record 0-89 defeat by England in 2011!

However there were signs of gradual development in 2016 for Scotland, who will be hoping to achieve that elusive victory in this year’s competition.

“It’s just about getting those systems in place to build for the future,” said Scottish captain Lisa Martin at the 2017 Six Nations launch.

“We need to get our top level working to the best it can to inspire the younger generations.”

Since replacing Spain as the sixth team in 2007, Italy have made big strides in the competition.

The Azzurre have come bottom just twice and in 2015 achieved their highest finish of third – and surprisingly ahead of England!

In recent editions, the Italians have beaten France and bettered Wales to go with their domination of Scotland and will aim to improve on their fifth place berth last year.

“I’m convinced that I and the squad have been training very hard,” said Italy captain Sara Barratin at the 2017 Six Nations launch.

“We’ll take each game as it comes and hope that we can make a good start (versus Wales).”

Three-time runners-up Wales, who have not come above fourth since 2009, are looking to shake things up this year.

They surprised many by handing 2016 champions France their only loss (10-8) in last year’s tournament and are on a four-match winning run following their recent warm-up victory over Ireland.

Confidence is certainly high in the Welsh camp as they target a top three finish at the 2017 Championship.

“But we know we have a lot of hard work to put in as no game in this competition is easy.”

Ireland, winners in 2013 and 2015, know the pressure is on to impress at this year’s Six Nations ahead of hosting next summer’s Womens Rugby World Cup.

They go into the 2017 Championship on the back of a four-match losing streak having suffered Autumn defeats to New Zealand, Canada, England and most recently Wales.

The Irish, who came third last year, are expected to challenge for the title despite their poor recent form.

“We learned a lot from our (November) defeats and we have to take that forward and hopefully have a good Six Nations.”

Winners last year France will need to hit the ground running if they are to retain their crown.

First up for Les Bleus is a potential tournament decider against England at Twickenham on the opening weekend of the Championship.

The French secured their fifth title in the final game of the 2016 competition by denying the English a Grand Slam and Six Nations’ triumph with a 17-12 win.

“We are extremely motivated to try to win it the second time,” said France captain Gaelle Mignot at the 2017 Six Nations launch.

“But every year is different and it will be very hard work.”

Despite being reigning Womens Rugby World Cup champions, 13-time Six Nations’ winners England have not won the Championship since 2012.

Having lost out to France in last year’s tournament, they will be seeking to go one better this time and take a competition win into their World Cup defence this summer.

The newly-named ‘Red Roses’ open their campaign against the French at Twickenham straight after the men do battle.

“It’s going to be a hell of a tournament,” said English captain Sarah Hunter at the 2017 Six Nations launch.

“We want to showcase the women’s game and it’s fantastic to have the games live on TV.”