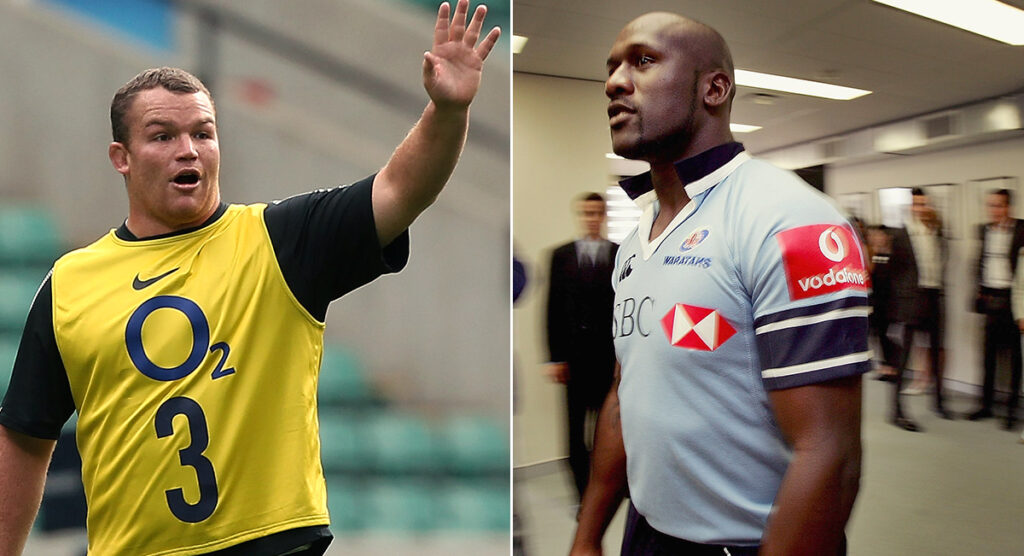 Doping is becoming a growing problem in rugby, particularly across the levels of the game that are not in the spotlight. In recent years, testing has led to scandals in South African schoolboy rugby and semi-professional rugby in Wales have magnified how widespread this problem may be, and various unions have tried to crack down on this.

However, in the top tiers of professional rugby, failed drugs tests are not as common, but that is not to say that there are none. Such cases often receive a lot of attention due to how rare they are amongst international players. So here are the most famous drugs bans in the modern era:

Former Bath and England prop Matt Stevens was handed a two-year ban by the European Rugby Cup in 2009 after testing positive for cocaine following a fixture against Glasgow in December 2008.

The then-26-year-old was at the top of his game when this happened, which understandably sent shockwaves through the game. Perhaps the most significant part was that this was the beginning of a series of events which saw three Bath players, Michael Lipman, Alex Crockett and Andrew Higgins, resign and receive nine-month bans themselves for failing to take drugs tests.

The South African-born prop bounced back admirably from this ban though, moving to Saracens and resurrecting his career. He was a key member of the London club’s resurgence at the beginning of last decade, starting in the victorious Premiership final in 2011.

He would also be capped by England again, playing in 2011 Rugby World Cup, and was even a surprise pick for the 2013 British and Irish Lions tour, following his selection for the 2005 tour as well.

Part of the ensemble of Bath players embroiled in the drugs tests scandal of 2009, former Wallaby lock Justin Harrison admitted in a Rugby Football Union hearing in July 2009 to taking cocaine. This related to Bath’s end-of-season party and led to an eight-month ban from rugby because of his guilty plea.

The 34-cap lock announced his retirement after the ban, but made a return to rugby in 2010, signing a one-year deal with the Brumbies, the side he started his career with.

The former dual code Australia international Wendell Sailor was banned for two years in 2006 for cocaine use during his time playing for the New South Wales Waratahs. The powerful winger argued that this was only recreational, and therefore was not performance-enhancing, but the ban still stood.

This came after a few months of ill-discipline, in which Sailor was also sent home from a tour of South Africa for his behaviour.

The ban ended his five-year rugby union career in Australia, and while it threw his entire career into doubt, he made the return to league in 2008 with St. George-Illawarra.

The current Gloucester coach Johan Ackermann had a career in South Africa tarnished by his two-year ban in 1997 for taking the steroid nandrolone to help recover from an ankle injury.
The former lock was 26 years of age at the time, and already had four Springboks caps to his name, but was forced to rebuild his career after the ban.

He spent the two years out of rugby working for the police, before a return to play for the Golden Lions, Cats, Griquas and Sharks in South Africa and the Northampton Saints in England. He would also play for South Africa again, becoming his country’s oldest ever player in 2007 at the age of 37, although that record has since been surpassed.

This first dated back to 2010, when at the age of 24 Ralepelle was suspended and sent home from the end of year tour for testing positive for methylhexanamine. This later turned out to have been supplied by South Africa themselves, so all charges did not stand.

However, the 25-cap international failed a test again in 2014 while with Toulouse, which returned positive for the anabolic steroid drostanolone. He was banned for two years, and his contract with the French giants was terminated.

He made a return to rugby in 2016 with the Sharks, but the 33-year-old is now awaiting a decision after his hearing for another failed drugs test in early 2019, this time for the growth hormone Zeranol, which could result in a career-ending ban.

Into The Unkown: Where does the future of the Jaguares and Argentine rugby lie?

As New Zealand, Australia and South Africa devise plans for what a post-coronavirus world looks like for their club sides, the Jaguares - and Argentine rugby - have been left in the realm of uncertainty.

Kieran Read, the man who captained the All Blacks at last year's World Cup, was one of the first to express interest in playing in this year's Mitre 10 Cup but the chances seem to be decreasing by the day.

Rugby Australia are in discussions with New Zealand, South Africa and Argentina about establishing a hub in Australia for the Rugby Championship competition this year.

The Brumbies have announced that versatile forward Ben Hyne has returned for a second stint in Canberra.