THROWBACK: These are surely the Top Three Try Saving Tackles ever 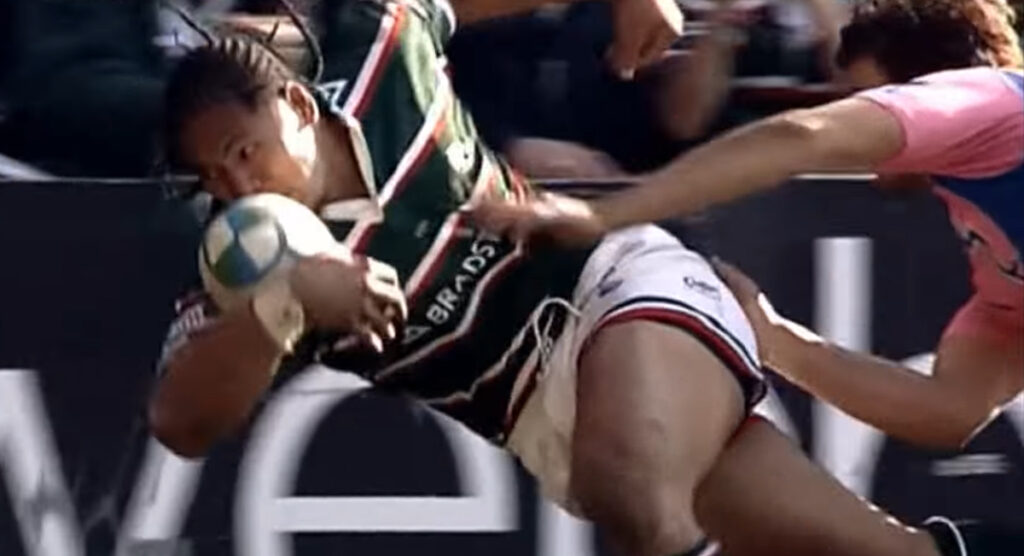 As rugby fans, there’s nothing we find more satisfying than a good try saving tackle. Sky Sports and Dewi Morris have come up with three superb efforts featuring Fiona Pocock, Alesana Tuilagi – this time on the receiving end – and George Gregan.

Plagued by two serious knee injuries which threatened her playing career, Pocock made a try-scoring return to competition in England’s 42-13 Six Nations win over Scotland a few months ago. Four torturous years had passed while the winger recovered from a fractured knee sustained in the 2010 World Cup semi final against Australia.

It was in this match that Pocock copped a thumping tackle from opposite number Nicola Beck as the try line beckoned. England won the match 15-0 and progressed to the final, albeit without the stricken Pocock.

Pocock initially made a comeback in 2013, but ruptured her anterior cruciate ligament in her first match back. The heart-breaking significance of this further setback was that Pocock was unable to compete in England’s World Cup in 2014.

Now back in the Premiership with Newcastle Falcons, Samoan Alesana Tuilagi is renowned for his ferocity in the tackles. But back in 2007, the 19st juggernaut was stopped brilliantly by Stade Français’ Juan Martin Hernandez.

“To be honest I don’t know why he didn’t come inside with a quick change of direction,” Hernandez said a few years later. “Everybody was already celebrating the try, but I dived with all my strength to tackle him, and we crashed against each other, and went flying into the air.”

At 14-14 in the Heineken Cup Quarter Final, it was a crucial tackle that had to be made. Leicester were undeterred and went on to reach the final, eventually losing 25-9 to Wasps.

The final try-saver looks back to 1994 and a tense Bledisloe Cup affair. Australia, leading 20-16 but sustaining a fierce All Blacks attack were cut open by thrilling winger Jeff Wilson with just four minutes remaining.

Slicing through several would be Australian tacklers, Wilson only had to touch down to give New Zealand the win. Gregan demonstrated why a defender should always chase down, by striking the ball out of a bewildered Wilson’s hands to prevent the score.