A look back on a record-breaking All Blacks year 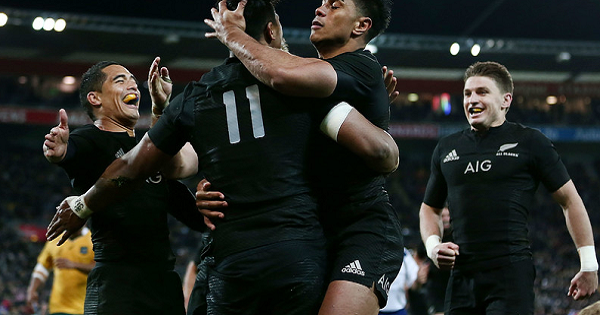 It’s been another record-breaking year for New Zealand, having recorded 18 straight victories since August 2015, and despite the hiccup of Ireland’s famous first ever win in Chicago, their strength is such that they could have stretched that record even further.

In this lengthy panel discussion from Sky New Zealand, Scotty “Sumo” Stevenson, James McOnie, Nehe Milner-Skudder and Steven Bates look back on an incredible winning streak, the furore of Chicago and the controversial discipline debate after the return fixture in Dublin.

The discussion is in itself, highly intriguing and for Northern Hemisphere viewers, offers an alternative reaction to claims of All Black misconduct against the Irish, particularly in the context of a British and Irish Lions tour year in 2017.

It’s not all chat though, as you can relive the run of 18 consecutive wins, a top tier record that had finally been achieved after a 57 year-long wait. It also gives you the chance to re-visit the amazing array of tries scored by the All Blacks during this time.