A look back on Scotland's successful 6 Nations 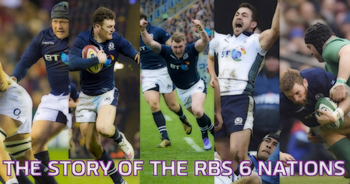 After a tricky start to 2016, Scotland finished this year’s 6 Nations with a sense of renewed optimism, culminating in their first back-to-back tournament victories since 2013 and Stuart Hogg bagging the coveted Player of the Tournament award.

For Scotland fans, the road to this hope has a long and tumultuous journey but under the guise of Vern Cotter, they have displayed a fantastic improvement in form which resulted in impressive wins over Italy and France as well as running Wales, England and Ireland closely.

Hogg was simply sensational throughout the campaign, scoring tries against France and Ireland as well as consistently sitting at the top of the stats counter. While his talent has always been prominent, Hogg previously struggled to maintain composure and temper.

But 2016 has marked a seismic change in Hogg’s overall play and has surely cemented his spot in next year’s British and Irish Lions touring squad to New Zealand.

To celebrate a successful tournament, Scottish Rugby have pulled together a nice little video reflecting on the best bits of Scotland’s season so far.

Let us know what you think of Scotland’s 6 Nations form. Can they continue this form and compete against the Southern Hemisphere giants or is this a flash in the pan? Leave your comments below!