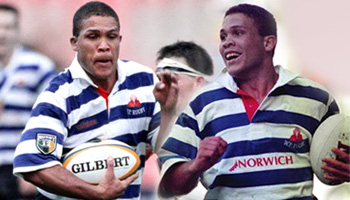 Motor Neuron Disease has been in the spotlight of late with plenty of publicity for ALS support, and through the efforts of Springbok legend Joost van der Westhuizen. This week however Joost’s former team mate lost his battle with MND.

Tinus Linee is a name that international audiences probably aren’t all that familiar with but back when South Africa was transitioning into world rugby again after years of isolation, Linee was at the forefront in terms of players of colour, and was one of the top backs in the country at the time.

Aged 45, he passed away at his home on Monday after 19 months with the debilitating condition. 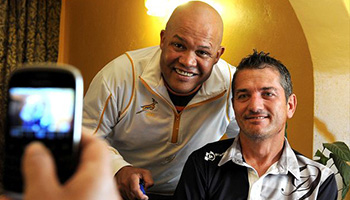 “We heard the news from South Africa this morning about Tinus’s sad passing and our thoughts were immediately with his family and community in the Western Cape,” said Springbok coach Heyneke Meyer.

“We have lost a Springbok brother and it made for a sombre mood in the team room today. To have one so strong and brave struck down by this disease is very cruel indeed.

“We’ll be thinking of Tinus and his family when we take the field against Ireland on Saturday. He is in our thoughts and prayers.”

In 2008 he started coaching alongside long time friend and team mate, Chester Williams, who speaks in the touching tribute below.

Thanks to Supersport for the video tribute. Note though, the audio is very low unfortunately.