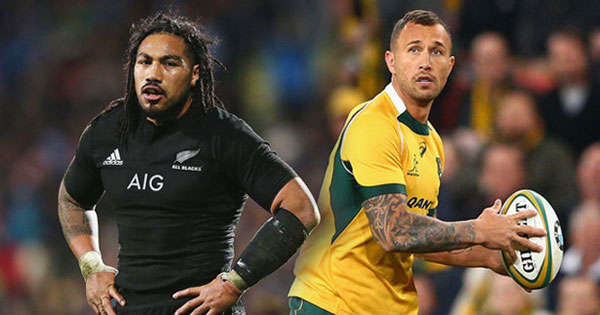 Both the All Blacks and the Wallabies have named their teams for this weekend’s Bledisloe Cup decider in Auckland. New Zealand have made just three changes, while Australia have brought in Quade Cooper and Matt Tomua, despite winning last weekend.

The All Blacks selectors have made just three changes to the starting XV which started last week’s opening Bledisloe Cup Test in Sydney. Ma’a Nonu returns for the injured Sonny Bill Williams, lock Samuel Whitelock comes in off the bench for Luke Romano, while Victor Vito comes in for Jerome Kaino, who moves to the bench.

The All Blacks side will again be captained by All Blacks captain Richie McCaw, who will break the world record for most Test matches this weekend in his 142nd Test.

The Wallabies meanwhile have made six changes to their starting XV, with playmakers Quade Cooper and Matt Toomua replacing Bernard Foley and Matt Giteau in the midfield, while Will Skelton switches with Dean Mumm to start the match with James Horwill in the second row.

Brumbies Nic White and Henry Speight alongside Waratahs number 8 Wycliff Palu have all been named in the run-on side for the first time in 2015. Kane Douglas will also play his first match for the Wallabies since 2013 from the bench, after returning from Ireland on a long-term contract with the Australian Rugby Union.

Warren Gatland has given his reasons for his sweeping third Test Lions XV changes as well as his bench reshuffle which includes Finn Russell.