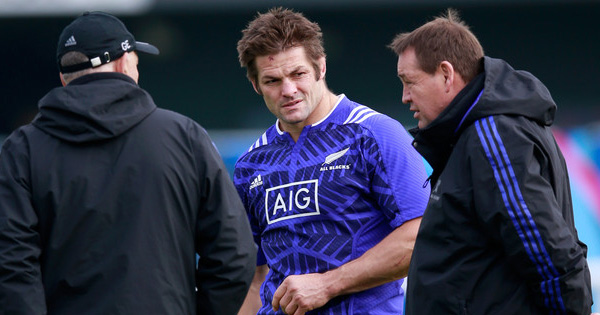 The All Blacks have made just one change for the Rugby World Cup semifinal against the Springboks at Twickenham on Saturday. Prop Joe Moody comes in to the starting XV for injured Wyatt Crockett, who is out with a hamstring injury, as Ben Franks takes up a place on the bench.

The Springboks named their team yesterday, and also made just one change in the 23.

All Blacks Coach Steve Hansen said he is looking forward to the contest against the old enemies.

“Though we’ve met many times over the years, we’ve (South Africa and New Zealand) only played three times at the Rugby World Cup and these Cup finals matches are totally different.  They have a live or die nature to them and both teams will be desperate to advance.

“As a group we’re really looking forward to this challenge.  It will require a massive amount of intensity and composure and accurate skill execution.  This team has high expectations of itself and enjoys the big occasions.”

Kick-off at Twickenham, London, on Saturday 24 October is at 4.00PM

Below is a quick look at some of the sublime All Blacks skills in action against France. NZ won 62-13