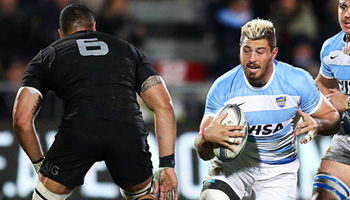 The All Blacks touring squad to face South Africa next weekend has been selected following their convincing 39-18 victory over Argentina in the opening Rugby Championship 2015 match. It was New Zealand’s 37th straight victory on home soil.

Argentina didn’t let the game get away from them entirely after the home side looked control in the second half. Hooker, and skipper, Agustin Creevy scored two tries from lineout drives, but it wasn’t enough to stop the composed organisation of the All Blacks.

On the occasion of the last ever home match for Dan Carter and Richie McCaw, the world champs scored five tries, with captain fantastic himself scoring the first.

There were positive signs as debutant Waisake Naholo had a strong showing, but then limped off injured. It’s since been confirmed that he will be out contention for the World Cup.

“We are all a bit shocked about it because he was weight-bearing on it and pretty good,” coach Steve Hansen said of the Highlanders flyer. “But he got back here last night and got really sore, so the doctor thought he better have it scanned. And in the scan there is a very fine crack in it [the bone].

“It just means three months out. There is no displacement which is good. If we get him right and we do need an outside back replacement, he will be fit and ready to go in the middle of October.”

As a result, he was not chosen in the travelling squad heading to South Africa.

Michael Collins scored two tries to get the Ospreys’ United Rugby Championship season off to a winning start as they beat the Dragons 27-23 at Rodney Parade.