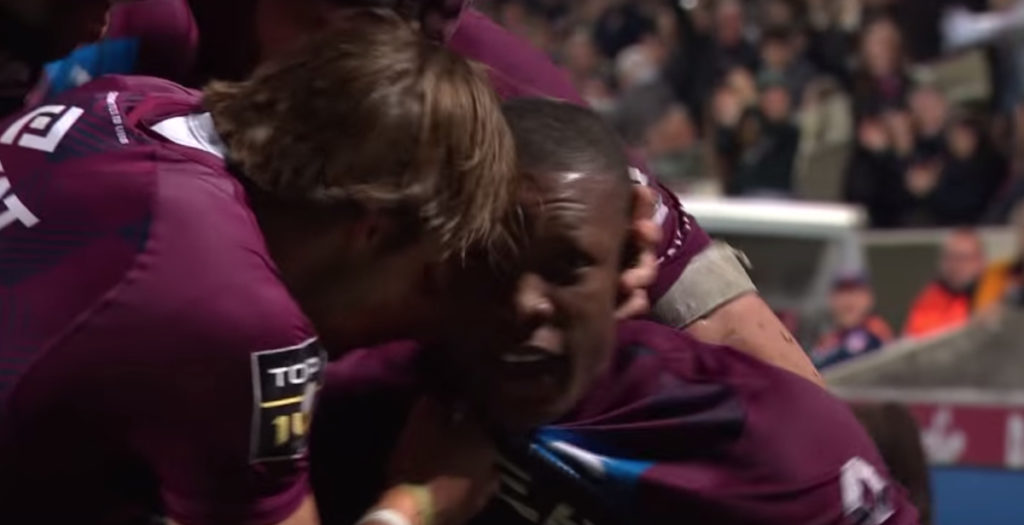 The 20-year-old blindside flanker intercepted the ball from Stade Francais scrum half Piet van Zyl following a scrappy lineout on the half way line.

Woki then showed an impressive turn of pace to run 50 metres, fending off Stade winger Julien Arias twice along the way to score in the corner.

Woki won the World Rugby Under 20 Championship with France in 2018 and he has now made more than 30 appearances for the Top 14 side.

Bordeaux went on to win the game 26-12 and France head coach Jacques Brunel will most likely have one eye on this young talent after a disappointing Six Nations for Les Bleus.