Are London Welsh the worst Premiership side ever? 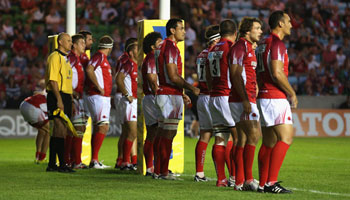 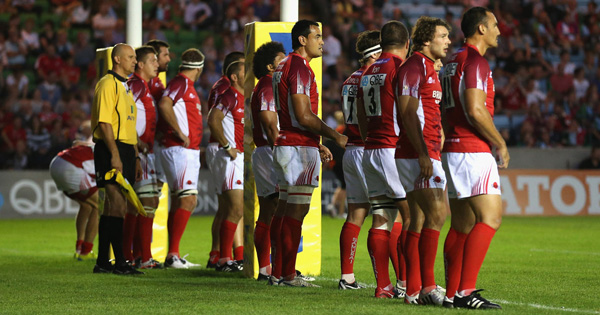 30 games played, 30 games lost for London Welsh so far this season. They sit at the bottom of the Aviva Premiership table with just a sole point to their name, that point coming in their game against Bath back in September when they managed to score 4 tries past the west country side.

Rotherham are the only other side to be demoted from the top division in the premiership era without recording a single victory back in 2004.  They were relegated back then with a points difference of -545 having conceded a total of 676 points, 298 more than the second leakiest defence conceding at an average 45 points a game. Welsh this season so far have a -638 with 5 games left to play.

Welsh themselves arrived in the Premiership through the play-offs with a win against Bristol and were forced to compile a squad in only three months to compete with the likes of the established teams in the Premiership.

Welsh receive £2million less than other clubs and as stated by head coach Justin Burnell ‘people assume we would spend it all (the funding they do receive) on players but we want to look at the recovery speed, training facilities and so on’.

Its clear that the difference in class between Welsh and the other Premiership sides is more than just a case of poor performances, they are ill-equipped for top tier rugby.

But it isn’t solely their fault, like assistant coach Ollie Smith has said: “When you’ve lost the number of games we have, and it’s not through a lack of effort, the reality is we aren’t good enough… if we were, we’d have won a game or been a lot closer in several more. You can’t beat around the bush on that”.

A number of changes have been proposed to the Premiership in order to tackle problems such as Welsh’s performances this season; at the forefront is the proposal to scrap promotion and relegation.

Discussions between the RFU and Premiership Rugby are currently taking place with suggestion that the Premiership be ‘ring-fenced’ and Championship clubs may be able to force their way in if they prove their aptness and ability to play in that league both on and off the field.

In addition to this the Premiership itself will be expanded from 12 to 14 clubs with the most likely candidates for those positions being Bristol and Worcester, two clubs with past experience in the Premiership and with the necessary infrastructure already in place.

The majority of clubs supports the proposal with the reasoning behind their support being that the ring fencing would allow them to secure their long-term financial futures and also give them time to invest in training facilities and academies to develop more home-grown players.

And what do the Championship clubs think of this? The clubs that in essence have the most to lose with these changes. Geoff Irvine, the chairman of the Championship has said: “We understand that there is a move afoot within Premiership Rugby to go to 14 clubs and either ring-fence or have a play-off.

“The Championship would be very interested in hearing the detail of these discussions and hope at some point that we will be consulted”.

Should these plans and proposals go through, and it currently looks like they will, it could well be the biggest change to the sport in England since it turned professional in 1995.

Although the fine details of the proposed new league structure are yet to be ironed out is it clear that an air of change is lingering and if not now, it won’t be long until it rears its head again.

London Welsh play Bath this coming weekend, could it be another loss? As for Bath, they will be hoping for a bonus point win that could see them overtake Saracens in third and put some distance between them and Leicester, who are hot on their heels.

Are London Welsh the worst Premiership side ever? | RugbyDump - Rugby News & Videos