Argentina score some lovely tries as they beat Japan in Tokyo 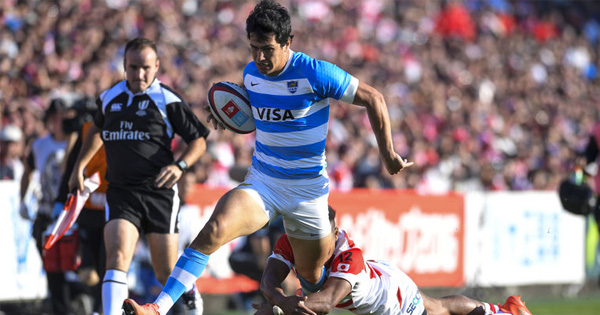 Argentina scored seven tries on their way to a 50-24 victory over Japan in Tokyo on Saturday. Flyhalf Nicolas Sanchez scored twice, adding to his total of 29 points on the day. It was Japan’s first match under the guidance of new coach Jamie Joseph.

“I’m very proud of the team,” said New Zealander Joseph. “In the first 20 minutes and the last 20 minutes, you saw the kind of attitude that we are looking for in the team.

“It was clear from the start of the game that we had plenty of energy and we wanted to play proper rugby, and we were able to put pressure on Argentina with and without the ball. The last 20 minutes, when the game was gone, you also saw the attitude where the players didn’t want to give in right until the very end. That last try by Lemeki was a really good sign of what’s to come.”

“Japan always look to play positive rugby and go forward. Their team has changed since the World Cup but they still play with that positivity, and the fact that they scored right at the end was down to that.

“When you bring young players into the national team, they play with a strong determination but they can also make mistakes. But you have to do that when you are building toward the 2019 World Cup, and this was a good start for Japan.”

The Pumas head to Cardiff next, where they will take on Wales next weekend. Japan will take on Georgia in Tbilisi.