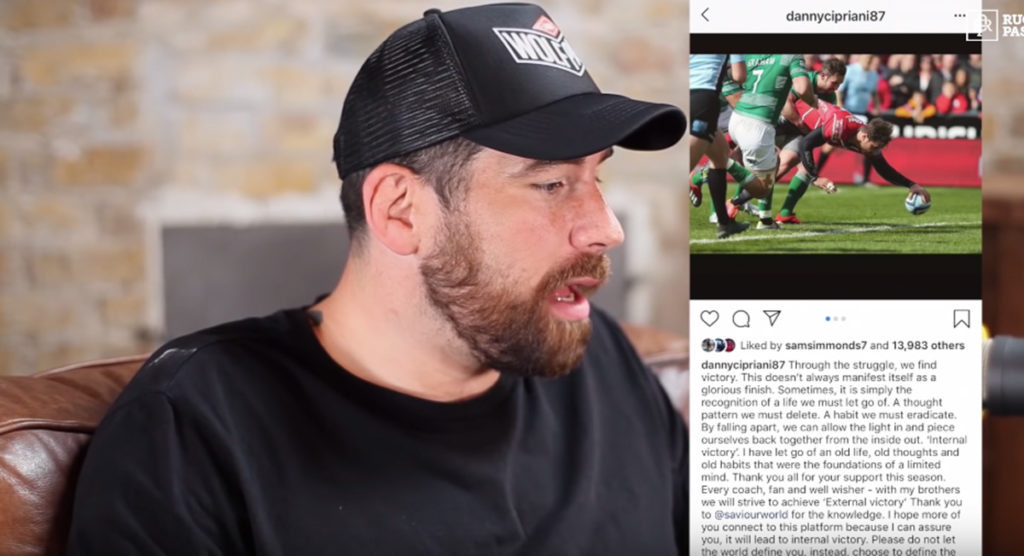 Pressure continues to mount for England head coach Eddie Jones to include what are now two award-winning Premiership players in his World Cup squad. Count Jim Hamilton among those pundits whose confusion abounds with the continued snubbing of both Alex Goode and Danny Cipriani.

For his part, Danny Cipriani was awarded the English Rugby Players Association (RPA) Player of the Year Award last week, particularly notable as it’s voted for by his peers.

Even though this seems to be a broken record, a simple post-award review of Twitter indicates the push for his inclusion appears to be reaching a fever pitch.

On his Don’t Mess With Jim podcast, former international Hamilton laid out a simple and effective case for both players. Never one to mince words or hold back an opinion, he states:

“Eddie Jones, what is going on…? If the peers and the players who play against him and with him, week in, week out pick him as the best player in the Premiership and you don’t see it, then we in the media, the players, they don’t know anything.”

He then theorizes that maybe it’s a character issue for Jones. To that end, Cipriani has indicated a course correction with a recent Instagram post, perhaps with Jones in mind.

Of course, now thanks to his award-winning season, Alex Goode’s situation provides another moment of bewilderment for Hamilton, hence the advice to Jones.

With Rugby’s biggest stage drawing ever closer, we can expect more and more of these kinds of opinions and conversations.

European player of the year – @Alex_goode0.