Asaeli Tikoirotuma's huge hit on Tom Homer in the Premiership 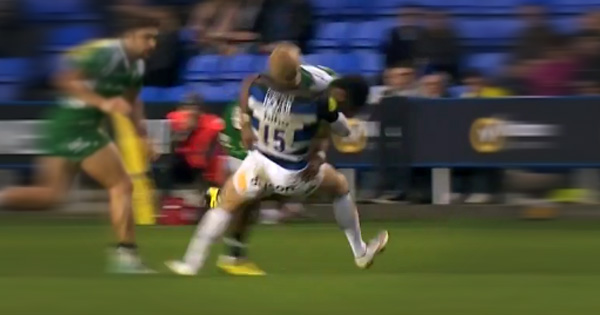 London Irish and Fiji flyer Asaeli Tikoirotuma made this crunching hit on Bath fullback Tom Homer during the Exiles’ 45-14 loss in the Aviva Premiership at the weekend.

While it wasn’t a hospital pass, new Bath playmaker Rhys Priestland didn’t do Homer too many favours, as Tikoirotuma read it well to come in and smash him.

Some questions may have been asked about the legality of the contact, but the officials felt that the former Chiefs winger had made enough of an effort to wrap his arms when making the tackle.

Despite a bit of a turbulent week for Bath, with the disruption of Sam Burgess leaving to go back to play Rugby League in Australia, they managed to score six tries during the convincing win, with debutant Priestland crossing himself. You can view highlights from the match just below.