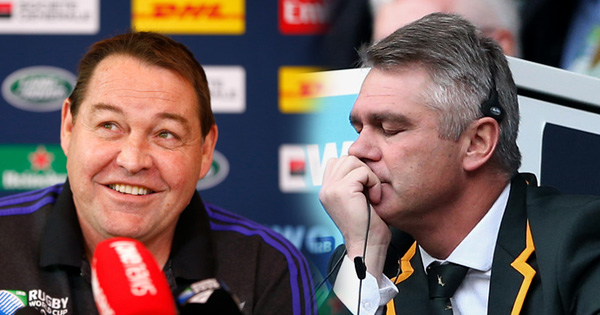 All Blacks march on to another Rugby World Cup Final

New Zealand head coach Steven Hansen and captain Richie McCaw spoke to the Twickenham media following their 20-18 victory over South Africa in the first of the World Cup semi finals. Hansen paid tribute to the Springboks but was pleased with the work his team put in, and felt the leadership and experience was key.

South African coach Heyneke Meyer and vice-captain Schalk Burger addressed the media at Twickenham following their 20-18 defeat to New Zealand. Meyer felt that despite losing to a great All Blacks team, the majority of the squad will be around for a long time still, so there are positives.