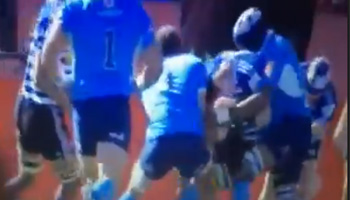 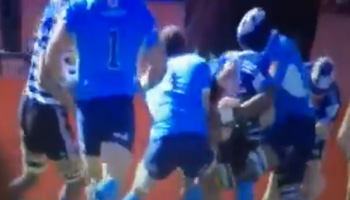 Blue Bulls Under-21 lock Marvin Orie received a one-week suspension after appearing before a SARU disciplinary committee in Pretoria following a citing for a dangerous tackle in the Absa Under-21 Competition on Saturday.

Orie was cited for contravening law 10.4 (e) by tackling Western Province Under-21 lock JD Schickerling around the neck in the third minute of the match at Loftus Versfeld and holding the grip until both players fell to the ground.

Schickerling, a promising prospect who has represented South Africa at Under-20 level, suffered a fractured cervical spine at the C5/C6 level. Luckily, he is expected to make a full recovery.

In his findings judicial officer Advocate Tokkie van Zyl said it was highly improbable that Orie’s actions could have caused a serious neck injury.
He described the tackle: “In evaluating the evidence as seen in the video material, it is clear that the player initially tackled the opponent by grabbing him around his arms from behind, thereafter releasing his grip and again grabbed (tackled) the opponent around the neck with his left arm.”

It is highly likely, as seen in the video, that the injury occurred on the contact with lock Irne Herbst’s shoulder, which no doubt led Van Zyl to rule the following:

“No medical or factual evidence was placed before me with regards to exactly when and how the opponent sustained the neck injury. I am, however, based on the evidence before me, of the view that it is highly improbable that the conduct of the player could have caused a serious neck injury to the opponent, although I cannot exclude such a possibility.

“For purposes of considering an appropriate sanction and due to a lack of any evidence to that effect, I cannot find that the injury to the opponent was caused by the conduct of the player and will accordingly not take the injury into account as an aggravating factor,” added Van Zyl.

“I am further of the opinion that in the event of the conduct of the player having been penalised during the game, it would most probably have resulted in a penalty or a yellow card, but was not in my opinion a red card offence.”

Based on the evidence provided and having taken all mitigating factors into account, Van Zyl ruled that the incident was a lower-entry offence and suspended Orie for one week. Herbst was reportedly given an off-field yellow card for his part in the incident.