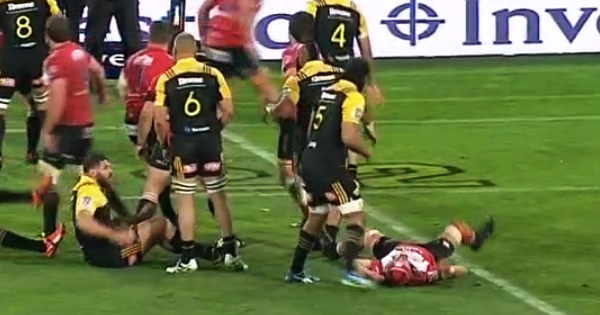 Hurricanes forwards Ben May and Loni Uhila have been issued Citing Commissioner Warnings for dangerously taking out Lions skipper Warren Whiteley in the lineout during the Super Rugby final on Saturday. The Hurricanes won the match 20-3 for their first ever Super Rugby title.

Whiteley went up for a lineout and before he had returned safely to the ground, the front rowers drove through, causing him to flip and land in a manner similar to that of a tip-tackle.

Both players were warned for contravening Law 10.4(i) Tackling the jumper in the air at a line out.

After reviewing the match footage, the Citing Commissioner deemed a warning was appropriate.