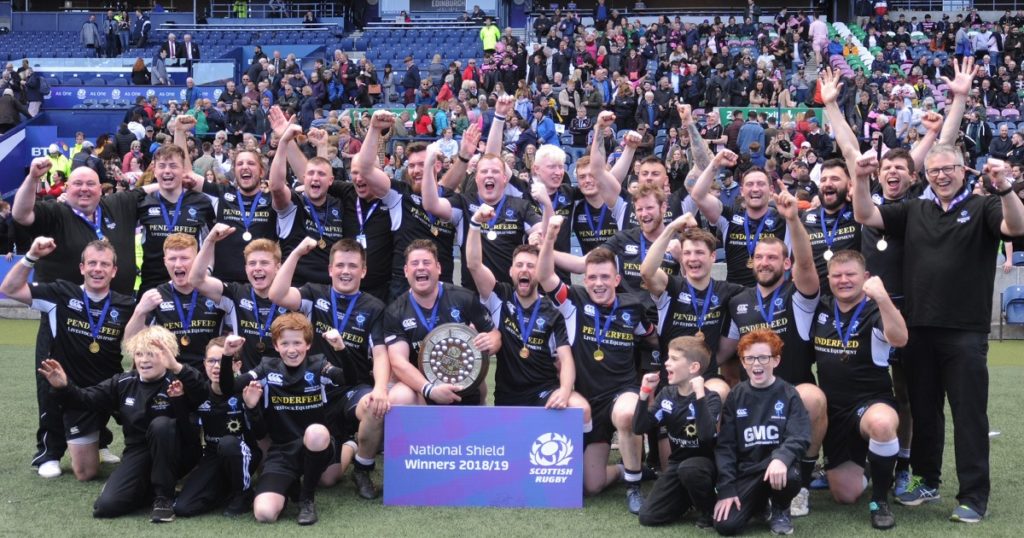 It was one of those matches where you just had to be there to believe it. A game that appeared to be lost for Berwick RFC before they turned things around in utterly incredible fashion in the BT Shield final, part of Scottish club rugby’s end of season festivities.

Berwick, who won the BT East Region 1 League and will now be promoted to National Division 3 – four tiers beneath the Guinness Pro 14 franchise structures of Edinburgh and Glasgow, looked completely beaten deep into the second half against Greenock Wanderers.

Wanderers, who are coached by Graham Hogg – the elder brother of Scotland international full-back Stuart – led 35-11 after largely dominating the game. They looked a dead cert to take the Shield back through to the west for the third year in a row, following the back-to-back success of Carrick – the former club of another Scotland internationalist, Mark Bennett.

But with 18 minutes remaining, the comeback began and miraculously Berwick were right back in the game in the dying seconds. Wanderers tried to play the clock down but they conceded a penalty, after which Berwick scored to take the game into extra time.

Shellshocked, Wanderers were ultimately second best as Berwick scored three more times in each period of extra time to complete one of the most dramatic comebacks in BT Finals’ history.

You can also watch extended highlights below