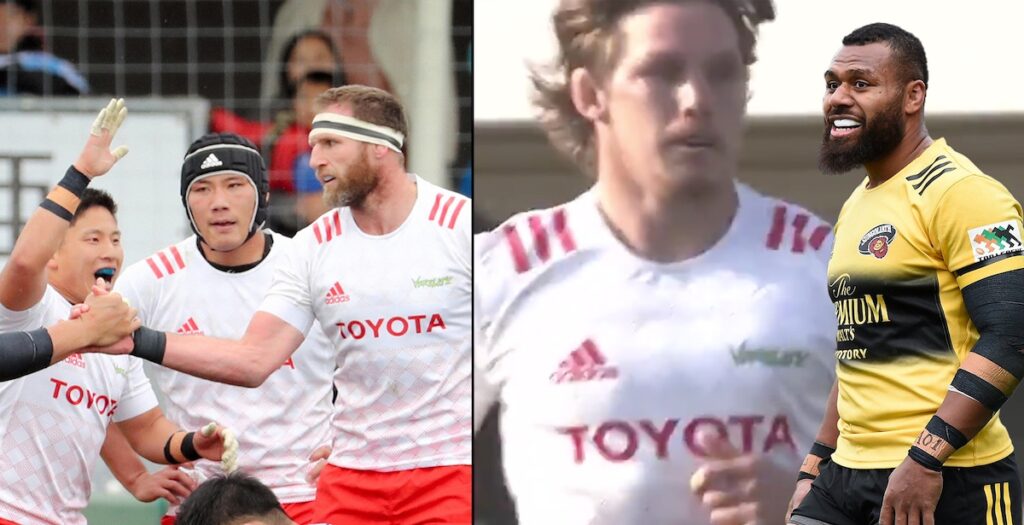 The Japanese Top League kicked off this weekend and some of the game’s biggest stars showed their true abilities in round one.

All Blacks legend Beauden Barrett scored a try and set up some lovely plays for Suntory Sungoliath against Mitsubishi Dynaboars while Tevita Li bagged himself an incredible five tries en route to a 7-75 win for Sungoliath.

Kerevi and Barrett link up to set Tevita Li free 😤

Wallabies flanker Michael Hooper also produced some lovely moments for Toyota Verblitz alongside Kieran Read in the back row to help the side to a 34-33 win over Toshiba Brave Lupus.

Some big plays from Michael Hooper on debut in Japan’s Top League pic.twitter.com/2n66QY8Bsu

To mark the opening round of the Top League World Rugby released an awesome highlights reel of 10 players to watch throughout the season in Japan while other internationals in the league include Colin Slade, Samu Kerevi, Ryan Crotty, TJ Perenara, Alex Goode and Jack Lam.

Suspended Zander Fagerson was set to miss the remainder of the Six Nations with Scotland but he argued his case at an appeal hearing.

It has been a frustrating near 14-month stint on the sidelines at Munster for their injury-plagued out-half Joey Carbery.

The Six Nations scoreboard didn't reflect kindly on Italy at Twickenham on February 13, but Franco Smith has stood by his XV.

All seven Ireland backs for Saturday's game in Rome are from Leinster and Andy Farrell has included four more PRO14 champions in his pack.