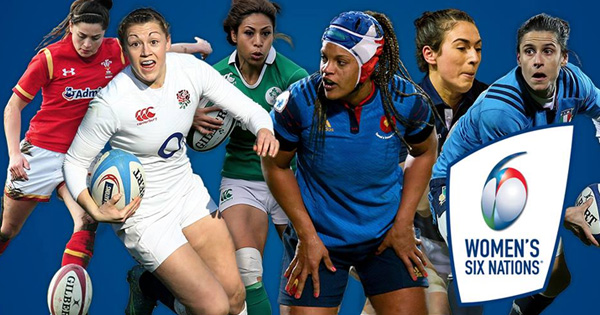 Today the Six Nations Council announced some great news for the Women’s game, as it was explained that every game of the 2017 Women’s Six Nations Championship will be broadcast live on television or streamed live on social media.

In a significant move to help raise the profile of Women’s rugby, the Six Nations Council have worked with the six unions involved to ensure that all matches will be produced for television to a high quality broadcast standard.

In doing so, it will ensure that each country’s Women’s Six Nations Championship matches are available live either on television or streamed live on Six Nations YouTube/Facebook channels.

A roundup highlights programme will also be available on BBC Network on Sunday evenings.

There will also be new dedicated social channels.  A new especially developed logo has also been introduced to give the Women’s Six Nations Championship its own identity.

For the first time in the history of the Six Nations Women’s Championship, supporters in each country will be able to watch all of their team’s matches live and to a high quality standard whether they are playing at home or away.

The Women’s Six Nations social channels can be found here: