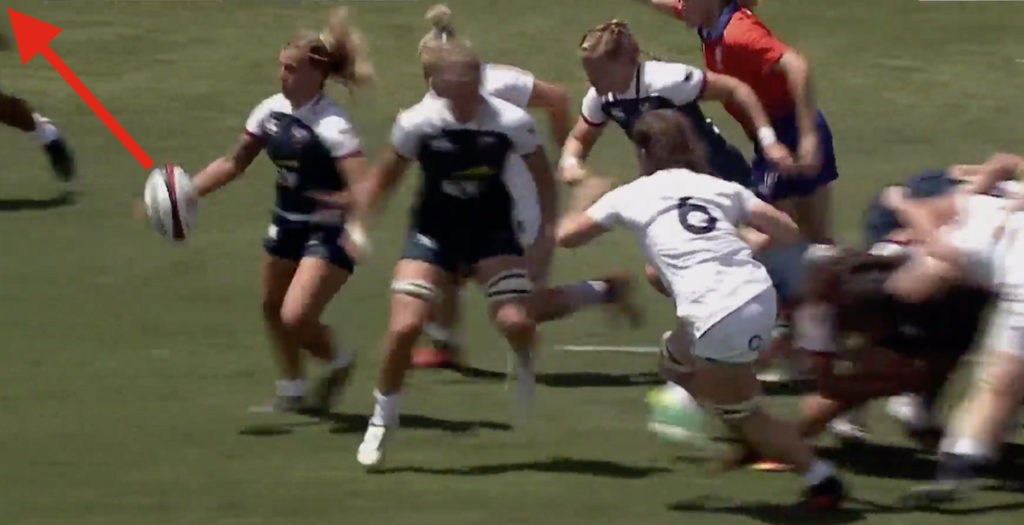 USA scrum half Ashlee Byrge had a shocker against England’s Red Roses on Friday when she kicked the ball backwards to set up Natasha Hunt for a try.

Byrge picked up the ball from the back of a scrum and attempted a kick pass under pressure, resulting in the ball travelling 10 metres backwards to nobody.

Hunt was then able to run through and gather the ball to score England’s sixth try of the game in a comfortable 38-5 win in San Diego.

This was the Red Roses’ first game in the new Women’s Rugby Super Series, which will see them play Canada, France and New Zealand throughout July.