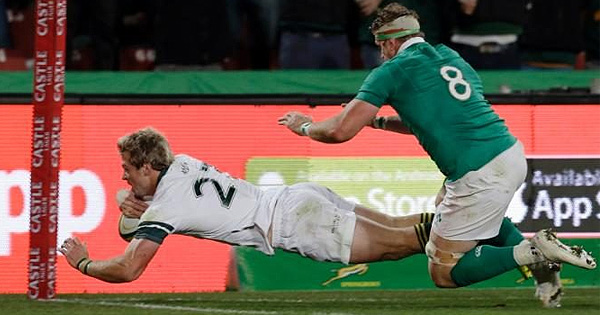 At 19-3 up at half time in Johannesburg Ireland were on the brink of something very special. After a heroic 14-man victory over South Africa in the first test, which was their first ever victory in South Africa, they were 40 minutes away from wrapping a first ever series win.

But then came the ‘Bok-lash’. The Springboks put in a powerful second half performance to snatch the game away from Ireland winning 32-26.

The boot of Paddy Jackson gave Ireland first half ascendency before a brilliant bit of skill by Andrew Trimble to keep the ball in play set up an opportunity for 6ft10 Devin Toner to barrel over the line.

South Africa had much of the possession at the start of the game but their indiscipline at both the break down and scrum time cost them points. 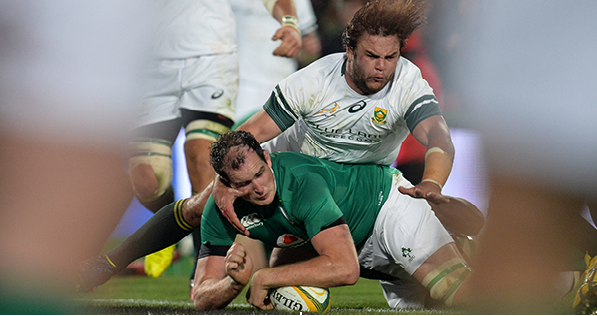 The substitutions made by Springbok coach Allister Coetzee at half-time had a seismic effect on the game, as the local Lions players had a huge impact, especially debutant Ruan Combrinck.

The go forward that number eight Warren Whitely and wing Combrinck gave South Africa off the bench went a long way to the home side gaining control. A lovely outside break from Willie Le Roux put through Combrinck who ran over Jackson to score and put South Africa back in the game.

Waking up with a massive smile..Springbok number 871!! I reached a Life long Dream last night..but more special is the great comeback Win!!

However the impressive Irish pack responded with a driving maul try finished off skilfully by a resurgent Jamie Heaslip.

With 20 minutes remaining Ireland had a 16 point lead and looked likely to secure a series victory.

It was at this point that the Irish defence begun to tire and slip off tackles. The physical ball carrying of the Springboks was taking its toll and some delicate footwork from Whitely allowed him to dive over the line after beating a couple of Irish tacklers. 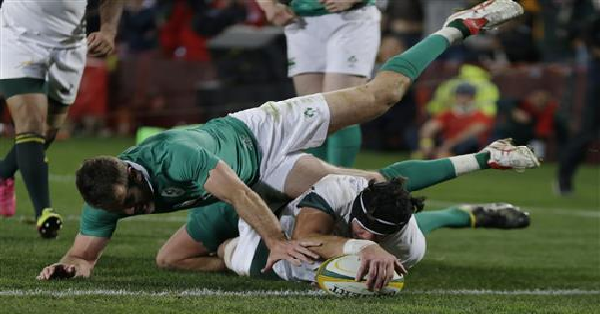 Pieter-Steph du Toit, who’s carrying was immense throughout the game, then shrugged off would be Irish tacklers to score right next to the points.

Ireland’s sizeable lead had been cut to four points in a matter of minutes.

Ultimately the power of the Springboks was too much for Ireland who can attribute all four tries to missed tackles. This will undoubtedly frustrate Ireland coach Joe Schmidt and captain Rory Best who rued his side’s errors stating “We put ourselves in a great position to win the game and the series, but we’ll look back on a lot of mistakes in the second half.

“We gave South Africa momentum and they showed the quality side they are,” he added.

The series is level at 1-1 but crucially the manner of victory for South Africa has seized the momentum. It will be a tough task for the Irish to bounce back but a chance to make history awaits in Port Elizabeth.

However the dominance of the second half performance from Coetzee’s men will give the Springboks huge confidence that they can find their form again, and seal a series victory.

credit: nzrugbyvidz/supersport
Note: If the video doesn’t work in your country you can view it on page two (SA commentary)