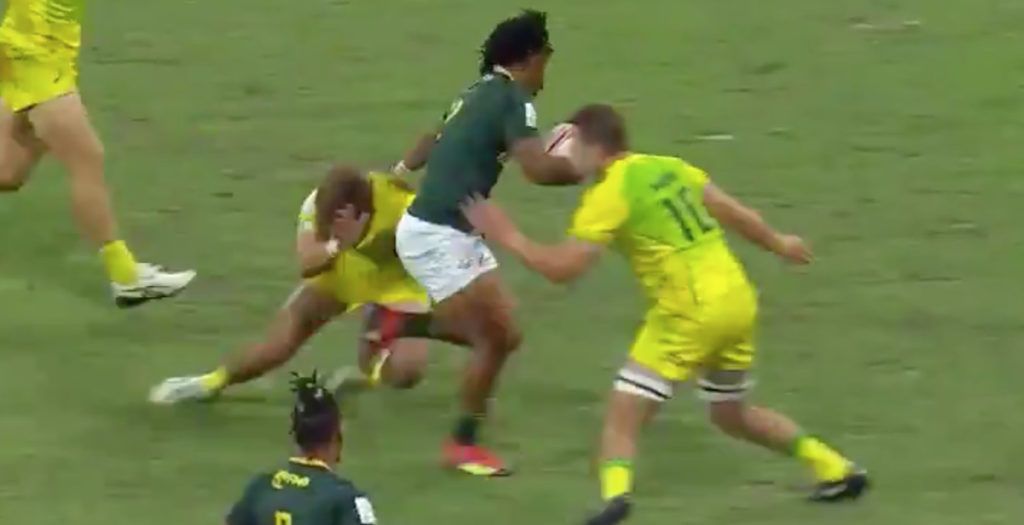 Australia’s Nick Malouf put in a huge hit on South African speedster Stedman Gans in the fifth place playoff at the Sydney round of the World Sevens Series.

South Africa went on to beat Australia 10-12 while New Zealand won the cup final against USA 21-5, leaving both teams level on points at the top of the season standings.

The next round of the World Sevens Series will take place in Las Vegas from 1-3 March, giving the USA home advantage.