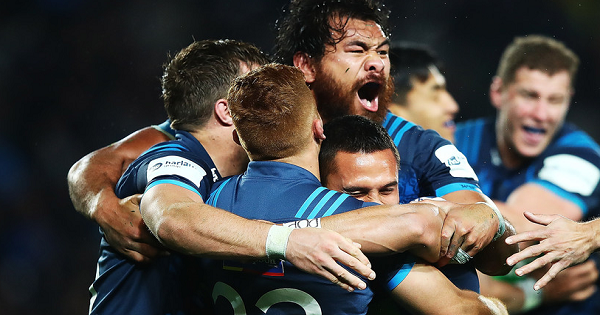 After a sluggish start to their tour in New Zealand, only narrowly beating the underdog New Zealand Provincial Barbarians on Saturday, the British and Irish Lions slumped to their first defeat as they were undone by the Auckland Blues at Eden Park.

The Blues, fielding a fantastic array of talent such as Augustine Pulu and Sonny Bill Williams, proved a threat throughout the game and caused the Lions more than a few headaches early on as they took the lead through a splendid Rieko Ioane try.

The visitors responded with a well-constructed try of their own; CJ Stander touching down after a driving maul five metres out proved too difficult for the home side to defend.

Both sides traded a penalty each but a stroke of luck helped the Blues to lead 12-10 at half-time, as Williams latched onto a loose ball which ricocheted off the posts.

Leigh Halfpenny’s boot kept the Lions in touch and eventually helped them take the lead with 10 minutes to go, but a misguided up-and-under gifted possession back to the Blues who made the Lions pay dearly.

Ihaia West’s try will likely go down alongside John Bentley’s wonder score against the Gauteng Lions in 1997 as one of the most sensational in Lions tour history.

Started by a magnificent offload from back-row Steven Luatua to Williams, the Lions were already on the back foot. Williams then served up one of his offloading specials to the on-rushing West who slewed in and out of would-be Lions defender to streak under the posts.

The damage was near fatal to the Lions’ chances of victory. The final blow was an overthrow from Rory Best five metres from the Blues line with time nearly up as they went in search of the winning try.

It hasn’t been the best of starts for the Lions on tour but not many can begrudge the Blues of a deserved win. A tough tour just got even tougher.