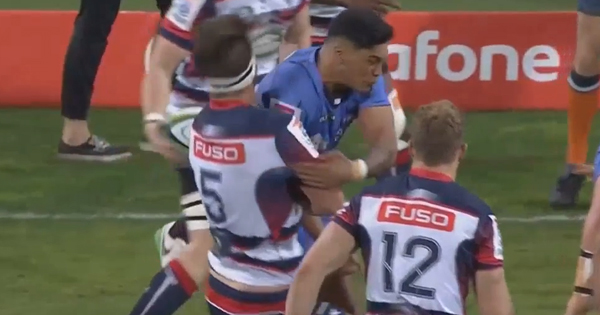 Western Force winger Chance Peni-Ataera has been suspended for three weeks after a dangerous tackle agaisnt Melbourne Rebels at the weekend. He accepted a guilty plea aafter it was found that he contravened Law 10.4(e) Dangerous tackling of an Opponent.

“However, taking into account mitigating factors including the Player’s youth and inexperience in rugby, his clear Judicial record and the fact he pleaded guilty at the earliest available opportunity, the Foul Play Review Committee reduced the suspension to 3 weeks.”

The challenge looked fairly similar to that of Sonny Bill Williams on Anthony Watson recently. On that occasion Williams was red carded, and received a four week ban.