Chris Ashton reflects on his controversial 10-week ban for gouging 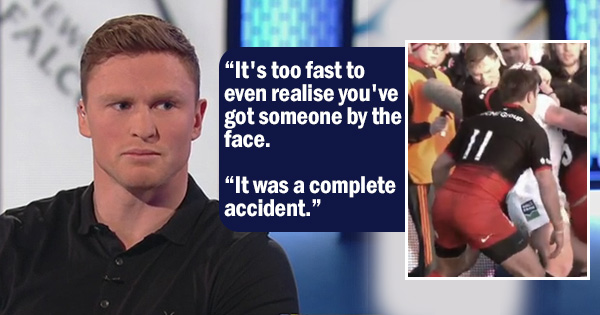 Last week Chris Ashton was banned for 10 weeks following an incident that involved him pulling Ulster back Luke Marshall down by the face, and in the process making contact with his eyes. Ashton appealed, but had it rejected, meaning he will miss the entire Six Nations.

The ban came about a week after he was recalled to the England squad, 18 months after his last Test appearance. Ashton has since spoken about the incident, when he made an appearance as a studio guest during BT Sport’s live coverage of Exeter Chiefs against Saracens.

The Saracens winger reflected on his 10-week ban for gouging, as Lawrence Dallaglio sympathised with him and discussed other similar recent incidents.

Ashton also said that England coach Eddie Jones has set him certain targets that could mean, despite this setback, he will still get another chance to rejuvinate his Test career.

.@Saracens‘ @ChrisAshton1 tells @btsport of his “shock” at being handed 10-week ban for eye-gouging. #AvivaPrem https://t.co/KV0dYZNeJs

Dallaglio weighs in on the severity of the ban, and while winger Ashton is frank in his view of the incident, he also states that there is no place for gouging on the rugby pitch. However officials do need to somehow determine whether there is intent or not.

You can watch the full incident again below. Let us know what you think?