Christian Cullen ripping through Scotland in 1996 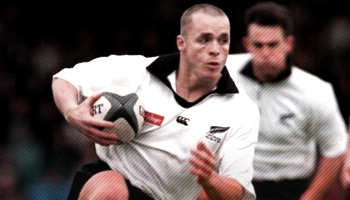 When twenty year old Christian Cullen made his debut for the All Blacks back in 1996, few could have predicted what was to come from the young flyer.

The boy from Wellington scored a hatrick on debut, followed up by 4 tries against Scotland, the very next week. An amazing start to the career of a man who went on to regularly tear defences to pieces in his prime.

In his first season of top flight rugby, before he made his senior Test debut, he was the standout player at the ’96 Hong Kong Sevens, scoring a miraculous 18 tries.

He was a mercurial talent, one that baffled defences with both his phenomenal stepping and blistering speed. He’s scored some of the most memorable tries to be seen to this day, and will always be remembered for striking fear into the opposition when he getting the ball in open play.

Cullen’s four tries against Scotland, added to his three against Samoa the week before, meant that the young twenty year old had literally exploded onto the scene, launching a career that saw him achieve greatness at his peak, and be remembered for all time as one of the most devastating runners to ever play the game.

A request for this clip came through the Requests section here on Rugbydump. If you find something you would like to have featured, please post a request and we’ll have a look at it and possibly stick it up.