Christian Lealiifano opens up on leukaemia and playing at Ulster 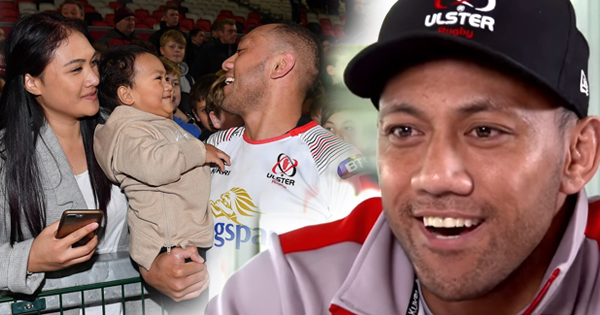 Former Brumbies and Wallabies star Christian Lealiifano is plying his trade with Ulster in the Guinness PRO 14 after an incredible return from illness. Here he opens up to BT Sport’s Sarra Elgan about his emotional return to the rugby field, after recovering from leukaemia.

Lealiifano talks about that disastrous first Test Cap for the Wallabies, growing up in a large family and the special atmosphere he has experienced so far playing at Ulster.

He then opens up on how running slower than a front rower was one of the worrying signs that led to being diagnosed on a Thursday, and starting intensive chemotherapy just three days later.

The now 30-year-old feels like a better person after going through the process, and is truly humbled by all the messages of support he received from his teammates and from friends and fans around the world.

“I can’t thank people enough. If I could hug everyone, I would,” he says.

Capped by the Wallabies 19 times, Lealiifano would still like to play Test rugby again, but is taking things one step at a time, simply enjoying playing in Belfast for now.

“That will always be there. Whether you get there or not is probably something that drives you each day to get up and be your best. For the time being it’s about just enjoying where I am, what I’m doing in that time.”

Note: The original video has been removed by BT Sport, but below is a shorter version