Christian Wade's SIX tries in his 100th appearance for Wasps 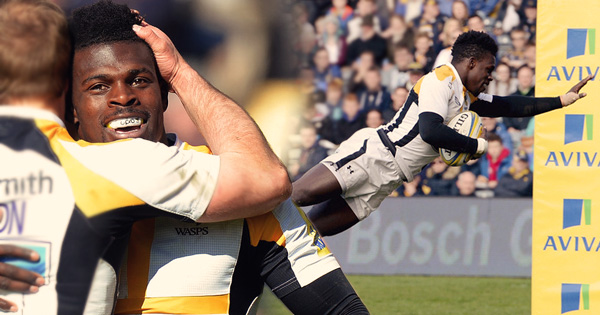 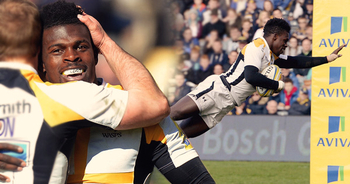 Wasps winger Christian Wade scored an unbelievable six tries in his 100th match for the club, contributing to a high scoring win over Worcester Warriors at Sixways. Wade now hopes to either make it to the Olympics with the Sevens team, or feature for England in Test rugby.

On a milestone 100th appearance, Wade equalled the record for the most tries in a Premiership match, scoring a first half hat-trick and ending with a total of six. The last man to do so was Saracens’ Ryan Constable, who bagged the double hat-trick against Bedford 16 years ago, in 2000.

Wade’s tally of seven clean breaks is also the most in a Premiership match since statistics specialists Opta began recording that date nearly ten years ago. The 54-35 scoreline, 89 points in total, is also the highest aggregate score this season.

The speedy 24-year-old has spoken about wanting to go to the Olympics, but has yet to receive a call. He is also hoping to be included in Eddie Jones’ England squad for the Australia tour in June.

“I have always loved sevens and if I got the opportunity to go and do that I would 100% go for it,” Wade said. “An Olympic medal is one of the highest honours for anyone.

“You would be representing Great Britain and a medal would just be massive, something you can hold on to and be proud of.”

Wasps’ Director of Rugby Dai Young has said that they have not yet been approached regarding either the Sevens or the England squad, but he feels that Wade should most definitely be included in one or the other.

“Christian is a great sevens player, as we’ve seen, but he’s also a very good 15s player. There are two summer tours and hopefully he’s going to be involved in one of them,” he said.

“He has shown he has the ability to score tries out of nothing and I wouldn’t swap him for any other winger in the league.

“There’s new [England] management and I think the slate is wiped clean. I’m sure they’re looking at what people are producing now, not what they were producing two or three years ago.”

You can view Wade’s six tries in the video below, and match highlights on page two

Would you pick Wade in your England team, or think he is better suited to playing Sevens?