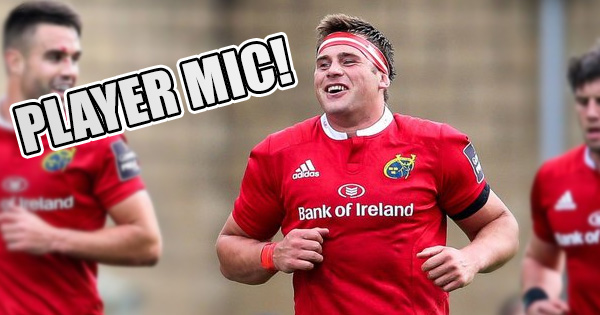 Player Mic has proven extremely popular over the years and Sky Sports have got on board, doing a great job with Munster flanker CJ Stander this weekend. Stander was part of the 28-14 win over Edinburgh in the PRO12, and fans loved hearing him up close and personal.

The South African has become a fan favourite with the Ireland and Munster followers, and you can see why as he brings an infectious love for the game and no nonsense approach.

The Springboks’ loss is Ireland’s gain as Stander has made a new home and life for himself, and despite a disappointing tour to his former homeland earlier this year – that included a controversial red card and ban – he has not looked back.

Here is the first half footage, with Stander making his presence felt and calling out a ‘soft tackling’ Edinburgh defender, as well as joyfully celebrating one of Connor Murray’s two tries.

In the second half, as Munster sealed the win, Stander carries hard and is as vocal as ever. It’s fair to say that Player Mic will always be popular, and fans will be calling for Stander to wear it again.

All credit to Sky Sports