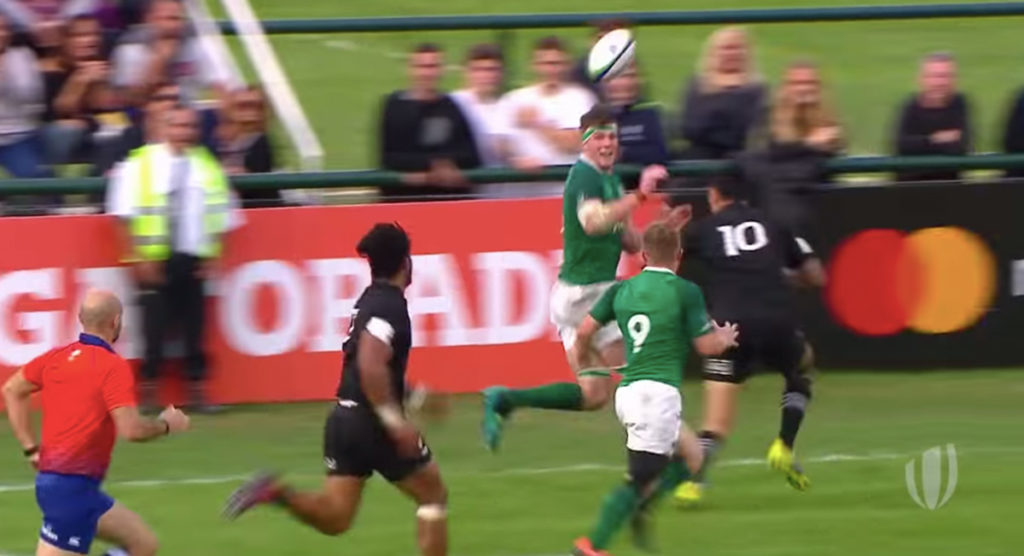 On Saturday, France were able to defend their U20 title against Australia. Even though Ireland and New Zealand were left out, both teams produced some amazing rugby in the Baby Blacks 40-17 win in Rosario on Saturday afternoon. Best of all for Ireland was this amazing try from big man Ryan Baird.

New Zealand came out strong, jumping out to commanding 26-0 lead. Ireland needed something miraculous to have any chance and when it came, it took the form of an offloading clinic started up the left wing with a lovely displaying of handling skills.

Prop Josh Wycherley found Baird who galloped up the wing, then finding scrum-half Craig Casey who returned the offload for Baird to touch down for a superbly taken try.

It was too little, too late as Ireland fell short and New Zealand were able to bounce back late for the lopsided victory. New Zealand wingers Etene Nanai Seturo (two) and Leicester Fainga’anuku contributed three tries in the seventh-place playoff match.