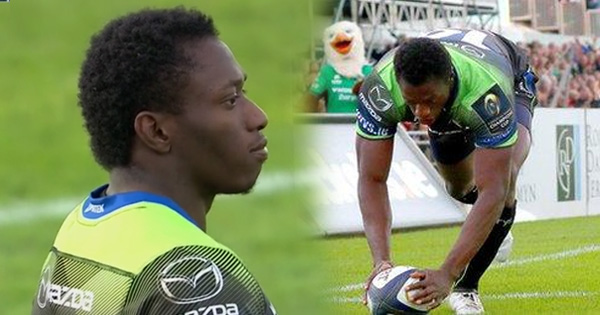 Connacht scored one of the tries of the weekend as they upset Toulouse 23-21 at the Sportsground in the opening round of this season’s European Champions Cup. The hosts were trailing 21-11 at halftime but played some stunning rugby to pick up another famous victory.

The try of the match came in the first half, as a lineout steal set up a superb counter attack.

Bundee Aki was at the heart of it and by the time winger Niyi Adeolokun had crossed, there were multiple hands on the ball as they travelled a full 80 metres from the initial lineout steal.

“A couple of years ago I’d never imagined I’d play for Connacht or play professional rugby let alone being called up for my country with the Irish guys. I was absolutely chuffed with that.”

In the end it came down to a match-winning conversion from Craig Ronaldson, the man who played such a key part in this try, after Aki crossed in the 67th minute.

Ronaldson duly slotted the kick and Connacht had another famous win over Toulouse.

Skip to 3:13 in the video below to see the try, or you can just watch the full highlights

“It shows how far we have come as a team since the last time we played them three years ago, and we expect to win as a team based on the work we do.

“We are a representation of the west of Ireland, and people deal with adversity all of the time. This is just a proud day for us and our supporters. We are all about inspiring our community, that is the purpose of Connacht Rugby and there was more great inspiration tonight.

“The biggest thing is the character of these guys,” said Lam.