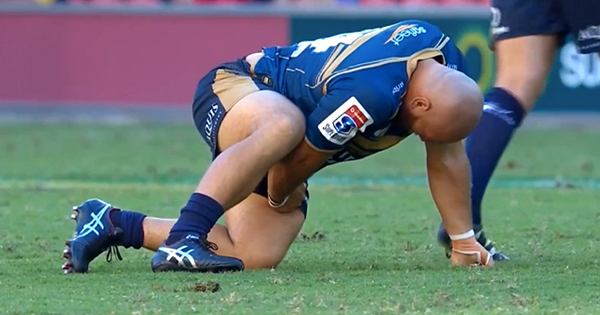 The Brisbane 10s kicked off in Australia on Friday with teams from around the globe having a go at this enjoyable format, finding the balance between fifteens and 7s rugby. There was a huge amount of skill and physicality on show, as seen here between Fiji and the Brumbies.

While the 7s World Series features specialists of the format, the Brisbane 10s is a little different in that multiple top fifteens players take part, including some big names from years gone by.

Carlos Spencer and Andrew Walker, both now in their forties, put in good showings while the likes of Conrad Smith and Steffon Armitage represented Section Paloise (PAU) from France, and Digby Ioane and Berrick Barnes turned out for the Panasonic Wild Knights from Japan.

How good is it seeing the likes of 44-year-old Andrew Walker holding his own in the @BrisbaneTens with some top pro players and guys literally half his age. Carlos Spencer too ????

More current and up and coming stars are also there, such as Taniela Tupou, Julian Savea and Tim Nanai Williams. It adds another dimension to the event, and makes for great viewing.

One veteran of the game who was playing for the Brumbies was prop Ben Alexander, who as you can see here, definitely didn’t do his teammate Robbie Abel any favours just before halftime in their clash with Fiji.

The hospital pass was well read by Seru Vularika, who flew in and crunched hooker Abel, leaving him rolling on the turf wondering why he signed up for this in the first place.

Day Two kicks off tomorrow, with the Wild Knights against the Queensland Reds.