Damian de Allende apologises but should not have been sent off 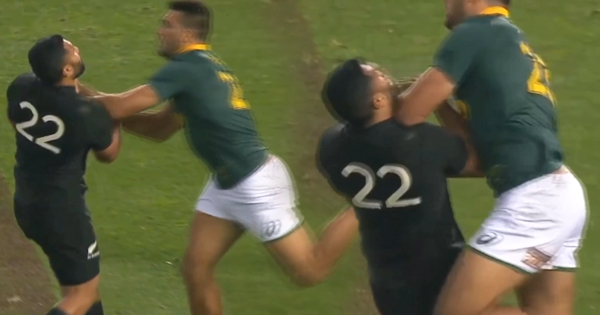 Springbok replacement centre Damian de Allende has been issued a warning after the controversial red card that he was shown in the closing stages of the Springbok vs All Blacks thriller on Saturday. It was effectively ruled that the red card was incorrect.

De Allende attempted to charge down a Lima Sopoaga drop goal attempt with just minutes left in the Rugby Championship clash at Newlands, but caught the replacement flyhalf with his forearm on the follow through, leading to a TMO review by referee Jerome Garces.

Replays were shown that appeared to show De Allende making contact with Sopoaga’s face with his forearm or elbow, which Garces at the time decided was enough to warrant a sending off.

A SANZAAR Foul Play Review Commitee has since found that the offence did not warrant a red card, and therefore have only issued a warning, with no further suspension. They said that the initial contact was with the chest, before sliding up.

“Having conducted a detailed review of all the available evidence, including all camera angles, as well as submissions from his legal representative, Attie Heyns, the Foul Play Review Committee found that, on an objective study, and with more time and video angles than the Referee had available to him, the act of foul play committed only came close to warranting a Red Card, and therefore a Warning (equivalent to a Yellow Card) was issued instead.”

“The charge was late and the player had time to pull out before colliding with his opponent.

“However, the collision was not effected with a great deal of force, with the initial contact being made with the player’s forearm on the opponent’s chest, from whence the arm rose up to make contact, again not forceful, onto the opponent’s neck. The opponent was not injured.

The penalty that occurred as part of the red card allowed Sopoaga to have a kick at goal, which he slotted to take New Zealand out to 25-17, leaving South Africa needing to score twice to win. They managed to score a converted try, for a 25-24 loss.

While some felt that this incident was not even worthy of a penalty, with TV replays making it look far more sinister than it actually was, others are adamant it was a red card all day long.

A yellow card and penalty would have, of course, resulted in the same outcome. 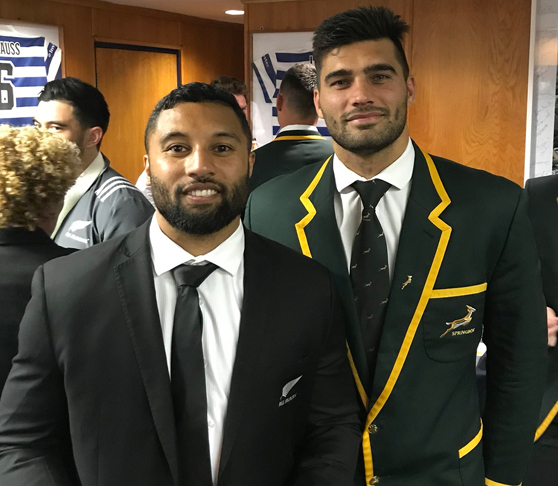