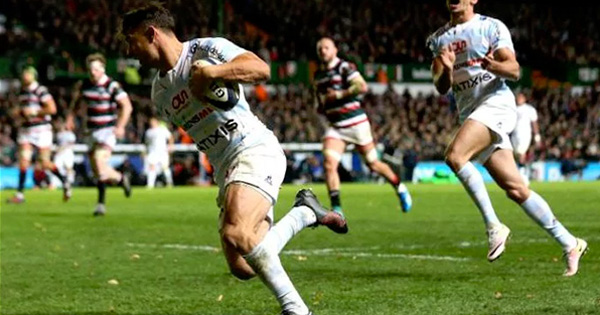 Sunday night’s Champions Cup Round 2 action from Welford Road proved, in part, that Dan Carter certainly still has plenty of magic left in the tank. However, it was not enough as the hosts got revenge for last season’s semi-final defeat.

Carter’s classy play came as Racing were on attack and two dummies and a nice fend helped him to dot down for the score. He successfully converted to put Racing within a point.

Leicester’s shaky defense redeemed itself through Matthew Tait later, as he made a try-saving tackle on Carter, who the TMO eventually deemed grounded the ball too early.

Opposing flhyalf Freddie Burns put the match away when he intercepted a pass and ran for a 70-meter try, as Leicester went on to win 27-17.

Leicester and Racing now sit 3rd and 4th in Pool One of the Champions Cup, respectively.