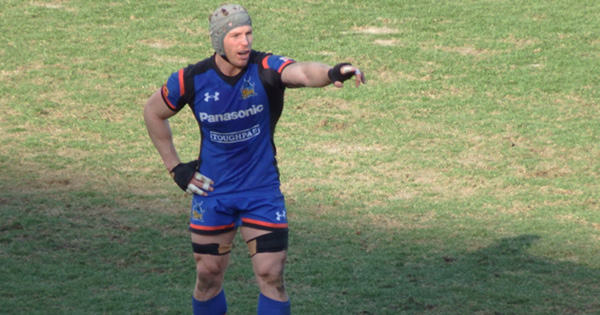 As David Pocock sets his sights on a sabbatical from competitive Rugby, he hasn’t let the idea of time away slow him down as he’s taken on his new role with the Panasonic Wild Knights in Japan.

Coming off of a 2016 season that most fans would rather forget, David Pocockis still considered a key player for the Wallabies. Ever the workhorse, he’s now taken his talents to Japan as he looks to step away for some time to pursue his varous conservation projects.

In his second game with the Wild Knights, Pocock made three turnovers, committed 15 tackles, and helped produce this Akihito Yamada try in the 13th minute with a marvelous offload.

As for his pending time away, Pocock says: “Rugby is certainly something that I really enjoy but I think like everyone, I’m interested in other things and I feel pretty lucky to be able to pursue them and then get back into rugby.”

After his return, Pocock is expected to resume with the Wild Knights for the 2017-18 season and then return to the Brumbies prior to the 2019 World Cup.