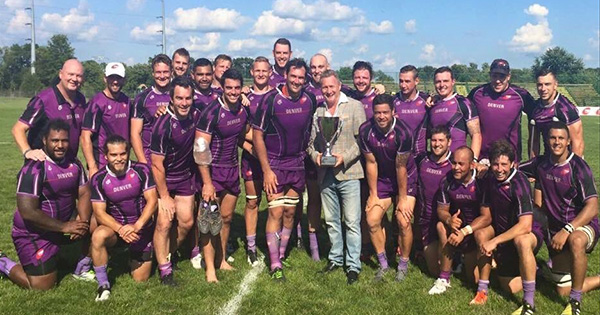 The Denver Stampede have come away as champions in the inaugural season of professional rugby in the United States. In a strange twist, the Stampede lost on the final day, but were ahead in overall points so were crowned champions of Pro Rugby USA for 2016.

In what proved to be a thrilling deciding match, the Stampede led 25-18 with five minutes to go. The Ohio Aviators managed to score through Dylan Fowsitt in the 75th minute, and a Robbie Shaw conversion tied the score at 25 all.

Ohio were not done as they scored the match-winning try and conversion in extra time for a dramatic 32-25 win.

Unfortunately, it wasn’t enough as Denver clinched the championship by not conceding any bonus points. The Stampede ultimately finished one point ahead of Ohio in the final standings 48-47.

It has been a historic season for the first ever professional league in the US. While things have chugged along without too much international recognition, the significance was not lost on Denver captain and former Springbok, Pedrie Wannenburg.

“I think in a hundred years’ time, everybody will know where the Pro Rugby started, and it was today,” said the former Bulls and Ulster loose forward after the match.

No doubt there will be some serious growing pains ahead for Pro Rugby North America.

But with former international stars such as Wannenburg, Mils Muliaina, and Mirco Bergamasco, and with rising stars such as Langilangi Haupeakui, professional rugby in the US will hopefully be here to stay.