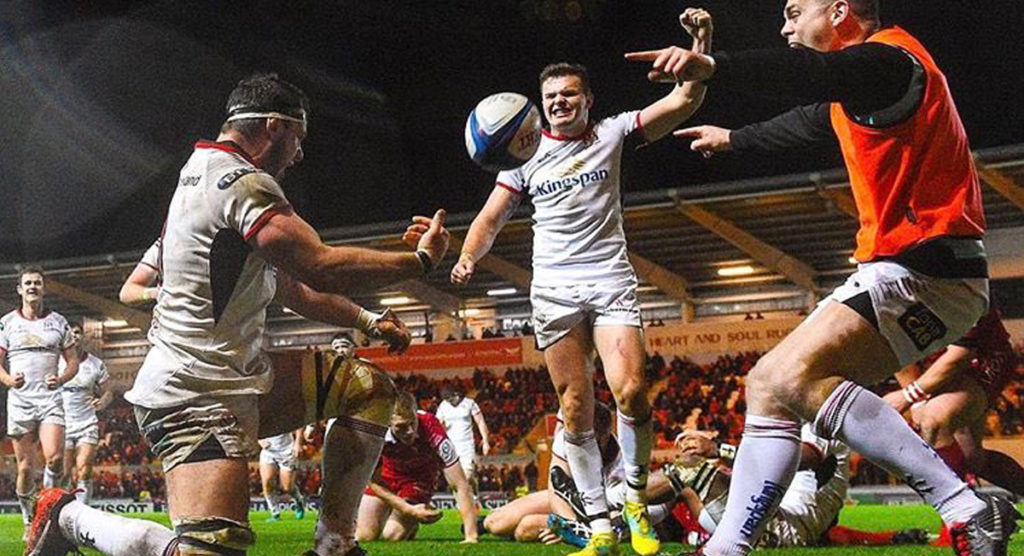 Marcell Coetzee’s playing time with the Springboks has been limited due to a move abroad and a number of injuries over the past three years, but he’s still determined to wear green and gold again, despite today signing a three-year contract extension with his club, Ulster.

The 27-year-old will stay at Kingspan Stadium until at least the summer of 2022 as he today put pen to paper on a contract extension.

After suffering numerous injuries, his form this season has been superb and he’s started 17 of Ulster’s 20 matches to date, picking up two tries. More significantly, he’s topped Ulster’s charts for the highest number of carries, tackles and turnovers won in both the Champions Cup and PRO14.

Coetzee, who has earned 28 caps for South Africa, says that he’s delighted to be committing his future to Ulster:

“First of all, I want to thank the players, staff and supporters of Ulster Rugby for standing by my side over the past three seasons. It was a really tough mental and physical battle for me with the injuries, but I’m grateful for the support I had during that time and I’m determined to repay the faith shown in me.

“I can’t wait to see what the next three years hold for me and my wife personally, and for the club. We have a young, hungry squad that is clearly moving in the right direction under our coaching team. We have a lot of hard work to do, but I know that the entire organisation is focused on delivering success.”

The loose forward, equally adept anywhere in the back row, recently said that he still wants to represent the Boks.

“I’m very passionate about playing for the Boks,” he said. “Once you’ve had a taste of playing in the green and gold, it’s like an addiction and you just want to experience more and more.

“The one thing I can say is that if I should ever get the call-up, I’d jump at the chance. I’m still so passionate about the Springbok jersey and so all I can do is ensure that I’m performing well enough to be ready if the opportunity comes around again.”

While Rassie Erasmus has eased the rules on overseas player selections, Coetzee would likely only make it to the Rugby World Cup in Japan should there be injuries to the incumbent Springbok loose forwards.