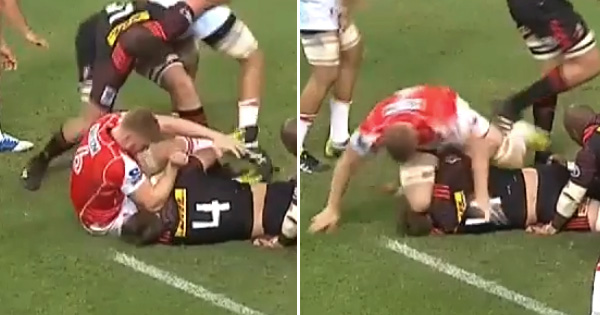 Sunwolves flanker Ed Quirk was picked up on camera for this off the ball piece of foul play during their Super Rugby round 5 match against the Stormers on Saturday. Former Reds player Quirk was held down, so appeared to lose his cool a little bit as he attempted to get up.

Being held back or down illegally can be one of the most frustrating things to be on the wrong end of when trying to compete for your team, but as the laws – and logic – currently state, you cannot use your elbow or knee on another player, particularly their head.

The Stormers won the game 44-31 in Singapore. You can view highlights of the match here