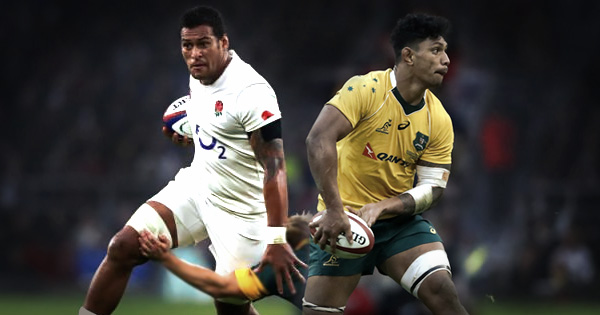 England face Australia on Saturday with both nations aiming to finish on a high in what will be their final match this year. England have had to make two forced changes, whereas Michael Cheika has made four changes to the Wallabies side that lost to Ireland last weekend.

Nathan Hughes comes in for the injured Billy Vunipola at number eight, while Marland Yarde comes in for Elliot Daly, who is suspended after his tackle in the air last weekend against Argentina.

However the man in form, Semesa Rokoduguni, does not make the England 23-man squad.

Lopeti Timani, Kane Douglas, Nick Phipps and Sefanaia Naivalu have all been recalled to the Wallabies starting XV. Dean Mumm has dropped to the bench after he has been given the all-clear to be allowed to play, despite having a scare after he was cited for a lifting tackle.

David Pocock will play blindside flanker as big Timani will play the number eight role, while number nine Will Genia does not make the 23-man squad.

The Wallabies will be looking for revenge after England whitewashed them on their home turf back in June earlier this year. However, legend Michael Lynagh has warned England that they will face a different side.

“There were a few guys who hadn’t played Test rugby before. They are going to be more competitive than they were in Australia. It’s a different team altogether,” he said.

Coming up to the match, England coach Eddie Jones has had a dig at the Wallaby scrum claiming the Aussies “can’t scrummage.”

However Australia coach, Michael Cheika has suggested that Jones is trying to take pressure off his own forwards, “He’s done that to take the heat off his own scrum… It’s the oldest trick in the book.”