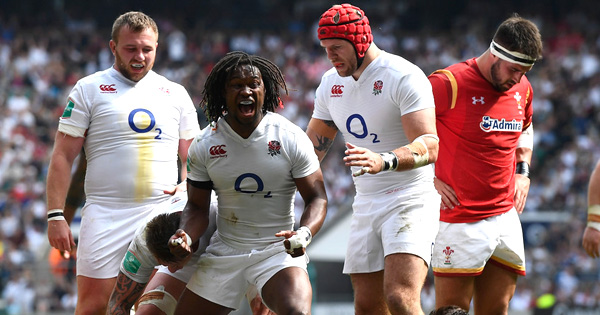 England scored five tries to beat Wales 27-13 in a warmup match at Twickenham on Sunday. Wales led 10-0 early but the Six Nations champions came back through tries to Luther Burrell and Anthony Watson, before scoring another three in the second half.

While many first choice players were missing due to the Aviva Premiership final, injuries and French based players, the match was entertaining and England’s Eddie Jones will take confidence from the result ahead of their Test series with the Wallabies.

Flyhalf George Ford had a horrible day with the boot however, missing an unbelievable six from seven kicks, however coach Jones backed his man.

“Everyone has a bad day missing goal kicks – Tiger Woods misses putts. It’s just one of those things. I think Ford played exceptionally well for us. I thought he was outstanding,” said Jones.

Jack Clifford scored in the second half after Dan Cole appeared to knock the ball backwards, however some fans and even Welsh pundit Scott Quinnell, felt that the ball had gone forword so the try should have been disallowed. The referee and TMO consulted and felt there was nothing wrong, so the try was awarded.

Dan Biggar was clearly none too pleased, kicking up a fuss in the referee’s face.

Match highlights below and then another look at the controverisla Clifford try, with a spider-cam replay and Quinnell’s exchange with Will Greenwood