England knocked out of home World Cup by outstanding Wallabies 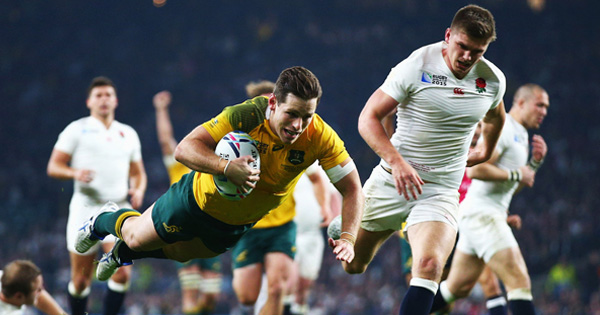 On Saturday night England became the first ever host nation to be knocked out at the group stages of the Rugby World Cup as Australia outplayed them in front of a packed house at Twickenham. The Wallabies were marshalled by the sensational Bernard Foley, as England struggled up front and lacked the firepower to break the opposition defences.

Following a narrow loss to Wales, England needed to win to stay in the competition, but the 33-13 drubbing at home has meant that they have no chance of qualifying, despite still having one match left to play, against Uruguay.

On a night when Australia’s most attacking threat, Israel Folau, had a fairly poor match, Foley and crew were able to create gaps in the English defence, while the superb David Pocock menaced the breakdown.

Chris Robshaw and coach Stuart Lancaster will have the week from hell, having to answer to a brutal media response, and disappointed fans who expected a lot more, even if Pool A was always touted as the group of death.