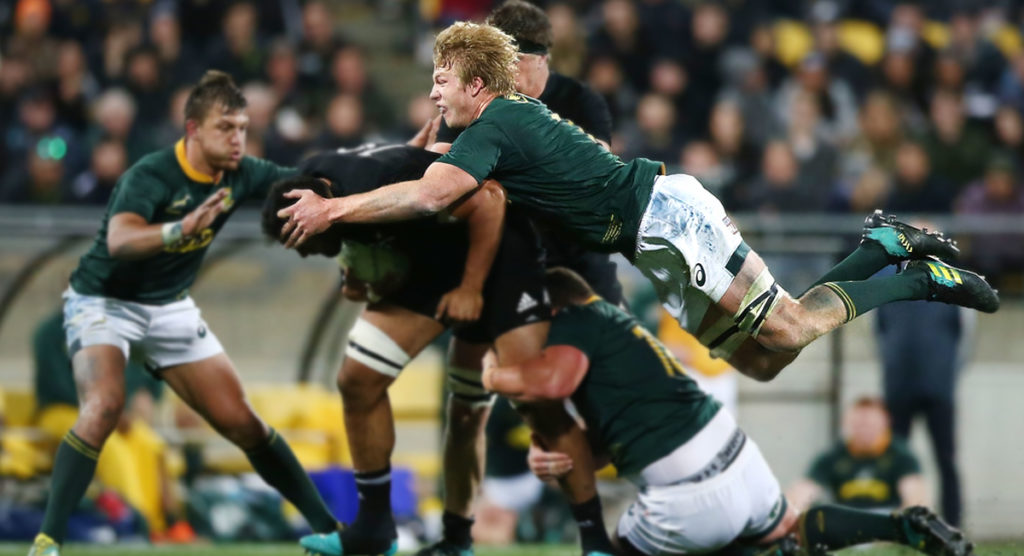 South African rugby fans have taken to Twitter to congratulate versatile forward Pieter-Steph du Toit for claiming the South African Player of the Year award for the second time in three years.

The 26-year-old joins an illustrious club alongside Bryan Habana, Schalk Burger, Jean de Villiers and Fourie du Preez to have won the award more than once.

It was a standout year for Du Toit, as he featured in every game for the Springboks in 2018.

He captained his country against Wales in the United States in June, which preceded a series win against England on home soil, where he was part of a pack that demolished the English at times.

He was also one of, if not the best player on the field when South Africa shocked New Zealand in Wellington in September. His ability to play as a lock or flanker at international level makes him a very rare commodity and a huge asset to any team.

The Springboks had some highs and lows over the course of 2018, but du Toit remained a consistently high performer for Rassie Erasmus’ team. His Director of Rugby described the Stormer as ‘the perfect player you want to coach’, and these sentiments were echoed by the fans.

He was praised for his tireless attitude on the pitch and commitment to the jersey, which helps in becoming a fan favourite.

He faced stiff opposition for the award against Aphiwe Dyanti, Franco Mostert, Handre Pollard and 2017 winner Malcolm Marx, but was still deemed the deserved winner by the fans.

Should also be the most courageous. After coming back on with his nose facing to the left side. He is a power house.

Well deserved too, this man puts his body on the line for his country every single outing!!

With the World Cup under eight months away, the form of du Toit will please many Springbok fans, and regardless of what position he will be playing, there is little doubt that he will be one of the star men in Japan.