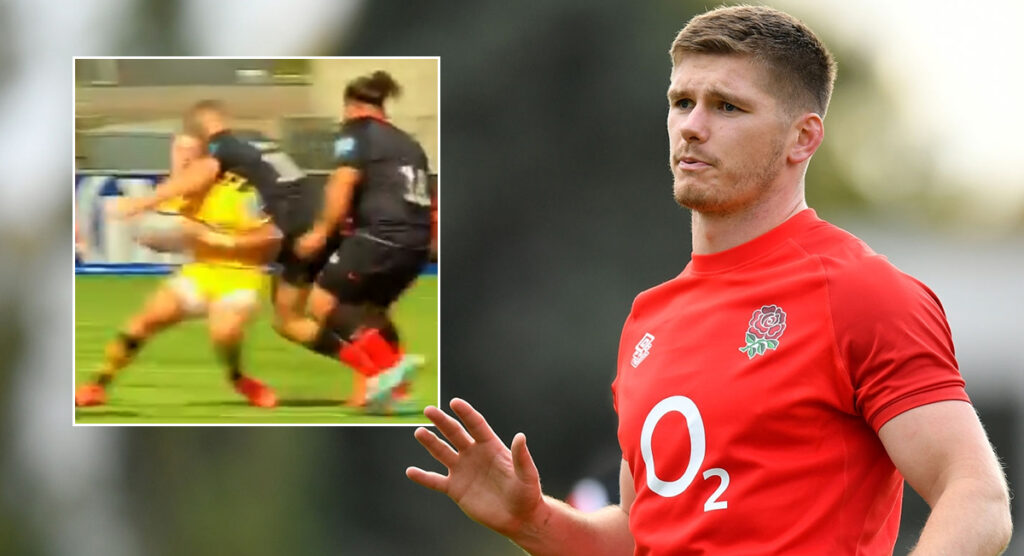 Saracens and England flyhalf Owen Farrell has expressed his remorse for the dangerous tackle on Charlie Atkinson that left the Wasps teenager unconscious last month.

Farrell will make his first appearance since his high challenge on Atkinson on September 5 when he leads England into Saturday’s Guinness Six Nations clash with Italy.

The 29-year-old fly-half was shown a red card and banned for five weeks, forcing him to miss the knockout phase of Saracens’ Champions Cup challenge.

“Obviously no-one wants to be involved in an incident like. Not for it to end up the way it did – a player getting injured and myself getting sent off,” Farrell said.

“Obviously there was no real intent to do that. That was never what I was trying to do, but at the same time that is what happened and you have a good look at yourself when that happens.

“In terms of technique, yeah, I want to get better. More than anything I am excited to play. I have been working on everything, not just tackling technique, which I would work on anyway. The main thing is I can’t wait to get out on the field and get playing.

“I am doing everything I can to make sure I am in the best place I possibly can be for Italy. I am in a position now where I can’t wait to play and I am looking forward to it.”

“The inspiration comes from how much he enjoys it day-to-day,” Farrell said.

“His energy around the place is brilliant. That’s the most infectious thing. He is someone that drives his team forward. He’s constantly talking, constantly enthusiastic. You want to play with that.”