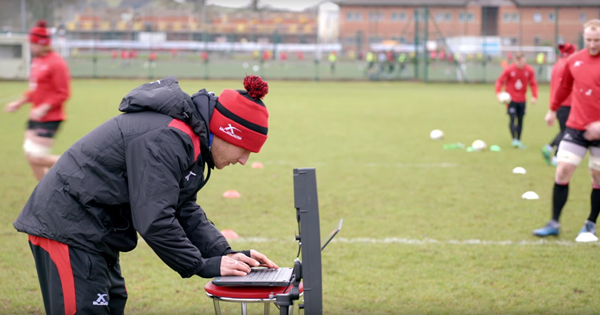 Modern-day rugby is a lot more than just 30 players on a pitch knocking ten bells out of each other and scoring tries. Technology now plays an increasingly large role in the preparation and recovery of teams.

This brilliant video from the Ricoh Rugby Change Series focuses on the use of technology in analysing the performances of several Aviva Premiership sides. Various parametres are monitored, from player welfare and condtioning, to match-day tactics.

Heart monitors and GPS devices are perhaps the most common technologies used among teams. Players’ work rate and attrition are carefully studied to determine what sort of diet they need going forward, as well as letting the coaching staff know how intensive their training regime should be if they are carrying any injury.

Drone cameras add to the analysis of training-ground moves during the week, giving both attack and defence coaches a perfect understanding of what works and what doesn’t.

While the insight this sort of technology gives is fascinating, leading coaches and players maintain that instict should still be encouraged on the field of play. Teams must use the gizmos on offer productively and not become dependent on them.