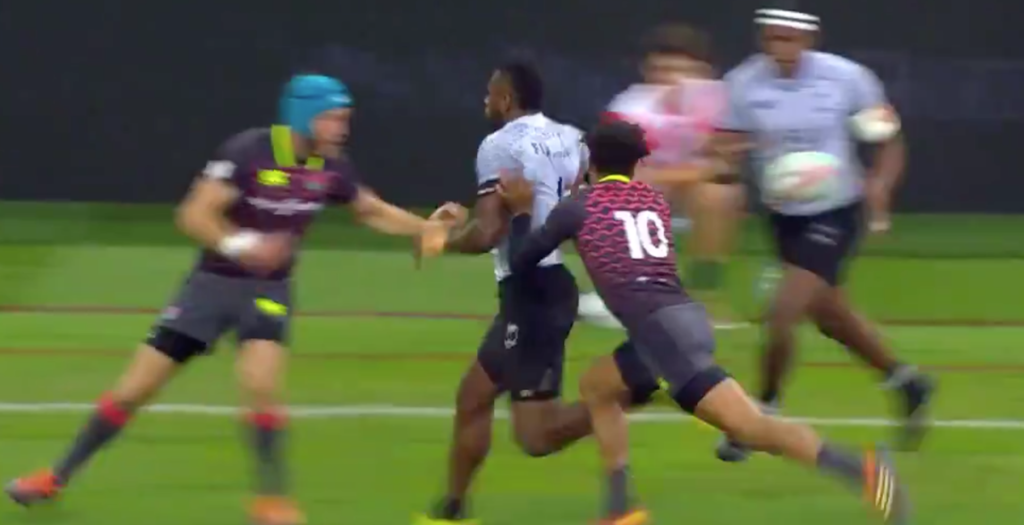 Fiji did what they do best against England with a 80-metre try in the Cup semi-final of the Singapore leg of the World Sevens Series.

Scored by Josua Vakurunabili, the Fijians produced a lovely free flowing play from a quick lineout virtually on their own try line that saw casual offloads and incredible athleticism.

England’s defence was left scrambling to recover but ultimately failed to break down the Fiji attack and Vakurunabili went on to score a double, helping them to a 26-12 win.

The Fijians went on to play South Africa in the Cup final where they lost 20-19 thanks to this dramatic late penalty kick from the Springboks:

RE:LIVE: What a moment! Selvyn Davids kicks the match winning penalty and completes an incredible comeback win for the @Blitzboks #Singapore7s#DHLRugby pic.twitter.com/EdfmsN9G8A

Fiji remain second in the World Sevens Series behind the USA with just London and Paris left to play.