Five outstanding tries from week 13 of the Top 14 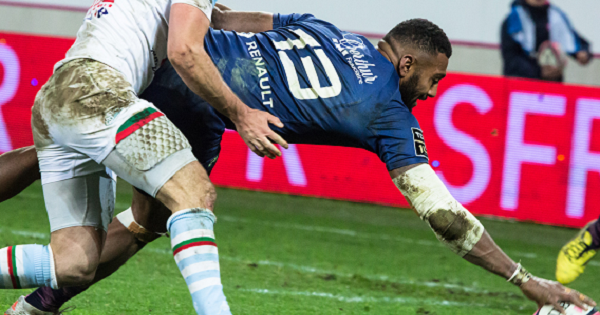 Throughout the end-of-year tests there has been the odd smattering of club rugby, with a handful of Anglo-Welsh, Aviva Premiership and PRO12 fixtures taking place. One permanent presence of course has been the Top 14.

The French league has often copped its fair share of slack for its unrelenting calendar. But on the plus side, there is a great selection of tries from last weekend for us all to enjoy, before European action kicks off again this week.

All in all, it was a high scoring round for all but a few sides with a total of 50 tries scored across the seven matches. There were a couple of surprise results with Pau defeating Clermont 40-35 and Stade Français putting more than 50 past 14-man Bayonne.

Perhaps the most disappointed side last weekend was struggling Grenoble, who must be wondering what they have to do to secure victories after they scored 37 points at home to Montpellier. The problem for Bernard Jackman’s side was that they also conceded 51 in what was a hugely entertaining game.

Grenoble, who continue to languish at the bottom of the league, must overturn a 10 point deficit to 12th placed Lyon in the second half of the season if they are to avoid relegation to PRO D2.

At the top, Clermont remain clear leaders on 41 points, with Montpellier heading an almighty battle for beat of the rest; 10 points cover 2nd to 10th in the standings.