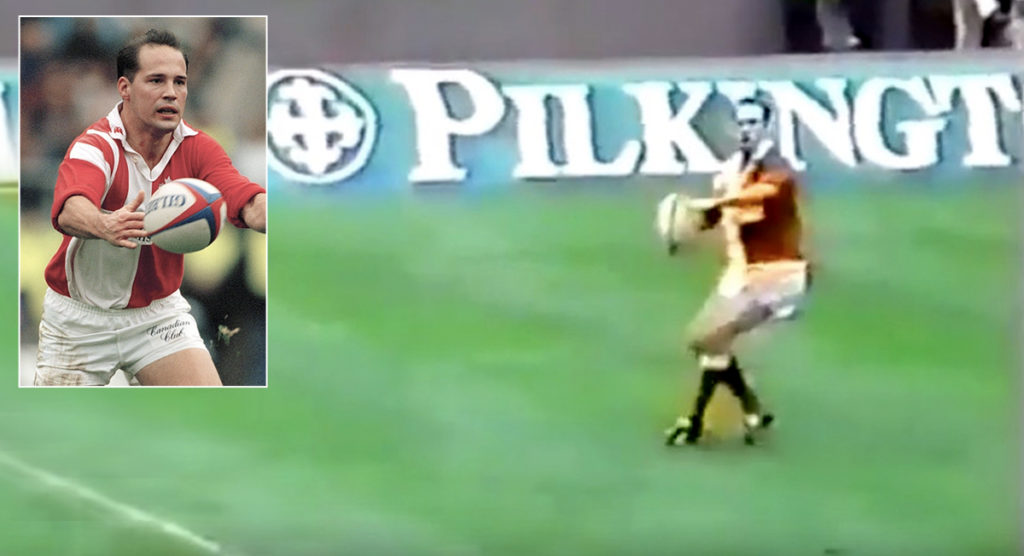 Former Canadian rugby legend Scott Stewart will be inducted into Rugby Canada’s Hall of Fame shortly, thanks in part to his cavalier spirit and off the cuff moments such as what we saw him do against England in 1994.

Four Canadian rugby greats will be inducted into the Hall of Fame in March of this year, with Stewart joining the likes of Julie Foster, Hans de Goede and Mark Wyatt.

The namesake of former Canada and Springbok centre Christian Stewart – *edit: not brother – Scott played 64 times for his country between 1989 and 2001. In 2018 he was inducted into the British Columbia Rugby Hall of Fame, and soon he will be officially added to the Rugby Canada Hall of Fame.

In this 1994 Test against England at Twickenham, he threw an outrageous NFL style quarterback pass in his own 22m.

Thankfully for him winger Dave Lougheed caught it and disaster was averted, although with the scoreline like it was, there was no real harm in chancing his arm.

Below is another look at him in action, this time playing at number ten against Ireland.

Former Canadian utility back Scott Stewart, who also celebrated his 50th birthday this week, has just been added to the @RugbyCanada hall of fame. So a good time to look back at some of his memorable plays such as this try against Ireland in June 2000 at Fletcher’s Fields. pic.twitter.com/xp9W6RklK0